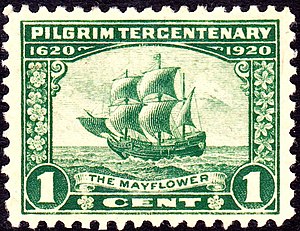 So go figure that soon after writing about the Fourth of July in London and the unveiling of the President Ronald Reagan statue in Grosvenor Square (by the American Embassy in London)—all in the interest of those of you making the international relocation to London from the US—I should stumble on yet another historic sites that screams out my American roots.

In my recent posts (“Weekend Warrior Saturday: The Fourth of July in London” and  “Relocation UK: More US Unveiled in the UK Today“), I’d just listed off a few examples of places where you can pay homage to the United States right here in London: e.g., Ben Franklin House (the sole remaining house where Benjamin Franklin lived; for close to 16 years it was effectively London’s first American Embassy), the Whitechapel Bell Foundry (where the Liberty Bell was forged), and the American Memorial Chapel in St. Paul’s Cathedral. Well, today I met a friend in one of London’s southeast postcodes at The Mayflower pub.

If you’re visiting or moving to London, you might think the pub names are arbitrary, but this is certainly one of those named with specific purpose indeed. Pop quiz, Americans: What in our history was also named the Mayflower? If you can answer that and are now wondering if the two could possibly be connected, allow me to answer, “Uh huh.”

As in yes. Located just south of the Thames (and a two-minute walk from the Rotherhithe Overground rail station) The Mayflower pub stands on the site of what was once The Shippe. And it was in a quay near this pub, The Shippe, where an actual ship called the Mayflower embarked on its journey to America in 1620. The one that transported Protestants seeking to flee religious persecution—or as we best know them, the Pilgrims. Yes, the Pilgrim Fathers who landed on Plymouth Rock on the east shore of America and founded their colony. The Pilgrim Fathers that held the first Thanksgiving. And the Mayflower‘s captain, Christopher Jones, is buried in an unmarked grave at St. Mary’s just across from The Mayflower pub.

In addition to the area’s historical significance, The Mayflower simply makes for an atmospheric and casual afternoon or evening at the riverside. Dark and intimate inside with seating outdoors, the venue offers a decent menu of traditional pub fare and is all-around a hidden London gem.

So when you’ve made your international relocation and are looking to enjoy the best of both worlds (and I’m talkin’ the Old and the New Worlds!), make your own pilgrimage across the pond to this historic spot. If you’re fancying a pint there after your day viewing apartments, one of our Relocation agents can point you in the right direction to this promise land. 🙂