Living in London – Places to Go, People to See This Week 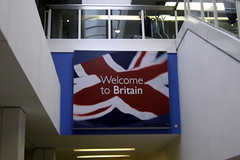 Well, I’m officially back in the UK from my long stint in the States. In between strong bouts of homesickness (which I’ve never fully recovered from since moving here three years ago) and napping to get over jet-lag, as soon as my plane touched down yesterday, I hit the ground running. If you’re making an international relocation to London yourself, you’ll soon learn that this city will keep you on your toes. There is never nothing to do, just as Samuel Johnson observed back in 1777:

“No, Sir, when a man is tired of London, he is tired of life; for there is in London all that life can afford.”

The other week I posted some October events in London that have been going on and are yet to come (including a witch’s brew of haunting Halloween happenin’s), and I myself am returning to the UK with some notable dates in my diary (that’s British English for “planner” or “schedule”).

First of all, it was my husband’s birthday early this week, which I missed by a day and still had to pick up some items for that I couldn’t find at home. In this case, it was to my advantage that the London Underground‘s Piccadilly Line is not only a terribly convenient means of commuting from Heathrow International Airport to the city center (FYI), but it also delivers you right at the feet of Harrods and Harvey Nichols department stores in west London’s Knightsbridge neighborhood. And Marks & Spencer, our favorite grocery store in London, came to the rescue with a pre-baked and decorated birthday cake and bottle of prosecco for dowsing all those birthday candle flames. 😉

And then I came back to our London apartment and slept off my jet-lag. And slept.

I need to refuel quickly, you see, because tonight we’re going to the Ski and Snowboard Show at Earls Court Exhibition Centre—a great annual event to know about if you’re an enthusiast of either winter sport. It is positively pimped out with representatives from ski resorts and apparel retailers, live music, multiple bars, and a fifty-foot hip-kicker. Good friends of ours won an Alpine ski trip at this event last year, so if you’ve moved by now, it runs from today through Sunday. And speaking of Sunday, we have a full day planned for then: hopping the train to Milton Keynes in the morning so my husband can redeem his birthday present from last year—a driving experience at the world-famous Silverstone race track. From there, we’re heading back for that evening’s NFL game. That’s right, American football is coming to London! Just like it does every year at Wembley National Stadium. This year’s match-up is the Chicago Bears vs. Tampa Bay Buccaneers, so we native Chicagoans are psyched.

Next weekend we’re hopefully pulling something together for Halloween before the following weekend delivers us a trifecta of plans: book club with fellow American expats living here, fancy dress party with my husband’s Chicago Booth classmates (this is a Chicago-based MBA program that you can take in both here and Singapore as well! See my post, “Relocation to London – Getting an MBA in the UK,” if interested), and a bonfire party in Notting Hill in celebration of the UK holiday Guy Fawke’s Day (a.k.a. Bonfire Night).

I’m pooped just thinking of it all. Maybe I should go get more sleep now…

But as I snore away, you should do the most productive thing you could do right now for your move—contact us!  Relocation agents will fill you in on all you need to know about property as well as give advice on UK culture and the events you’ll also partake in here soon enough!