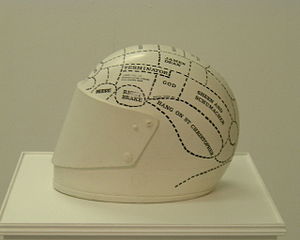 After moving to London from New York many expats miss the wonderful variety in art.  This January while barred from the outdoors due to cold and rain all fresh expats should make a visit to the London Art Fair.  This world renowned art fair features over one hundred galleries and will make anyone moving from New York feel right at home.

The London Art Fair runs from Tuesday, January 18th to Sunday, January 22nd and is held at the Business Design Centre in the heart of London on Upper Road.  Prices are quite reasonable for the event and children under twelve are free making this the perfect event for families moving from New York.

One of the most exciting aspects of the London Art Fair for art enthusiasts is the Art Projects section which unveils some of the world’s up and coming artists giving the general public a first look at tomorrow’s masters.  Also an integral part of the fair is the many discussions and lectures taking place by some of local top art critics and historians.  Each day there are several lectures and discussions open to the general public and included in the admission price.

It’s estimated that during the month of January, London’s coldest most gloomiest month, the city sees less than two hours of sunshine a day.  This can be very hard for Americans recently moved to the city to get used to.  For those moving from New York and beginning to feel the effects of the dreariness that envelops us during the winter, a trip to the London Art Fair might be just the ticket to combat the winter-time blues.

With the entire family welcome and the price of admission about the same as a dinner out there is really very few excuses one can present as to why they should not go.  Part of the acclimation process after moving from New York is to embrace the city and all it has to offer, drinking in the culture.