Weird Things They Don’t Usually Tell You About London 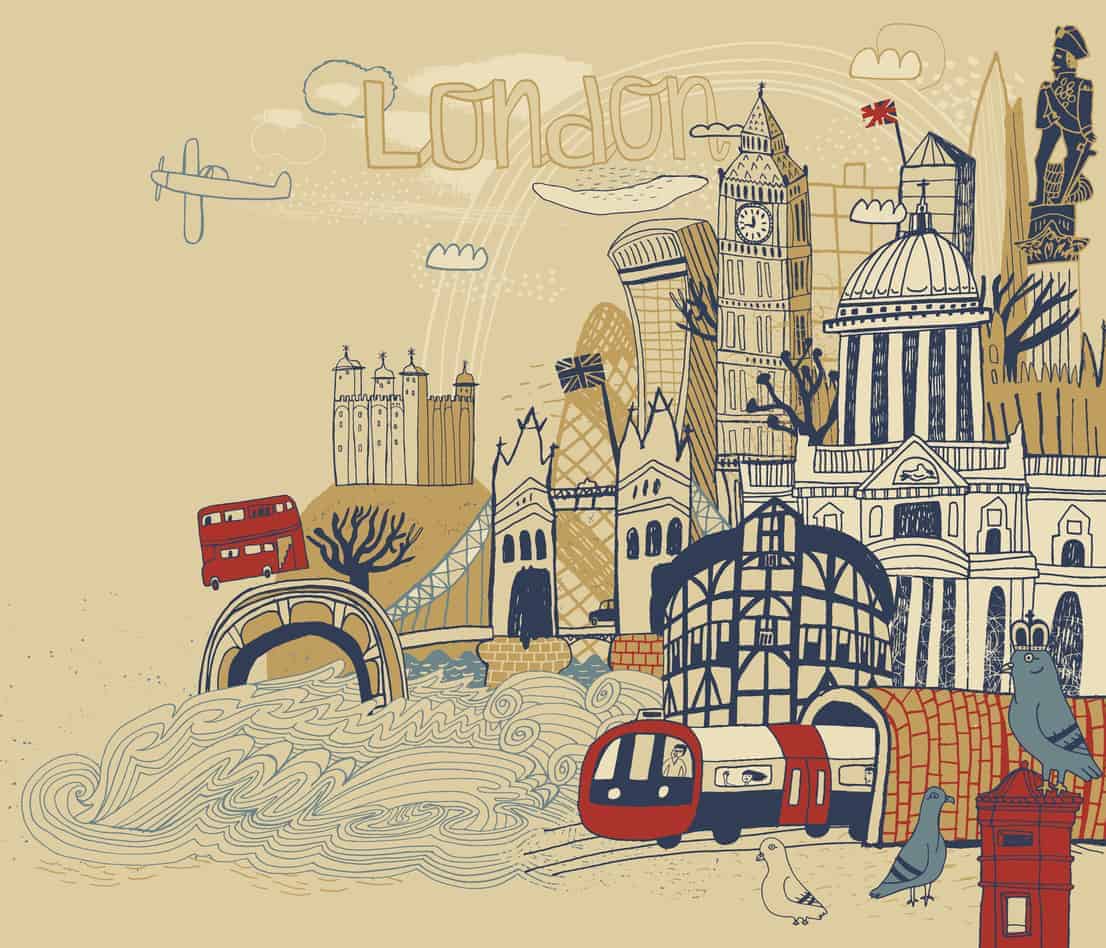 London is great, diverse and vibrant. It is filled with opportunities and friendly to newcomers. The culture here is amazing and so is the education, the street food, the pubs and the architecture. Or so an advertising pamphlet would tell you.

In reality, London is nothing like that. The Big Smoke is a raging behemoth of a city that devours nearby villages and populates more than 8 million people, not counting the tourists. London isn’t friendly. It is calm, charming but it also is rather mean-spirited. It is colorful and dull at the same time. It is… There are no words in existence fit for describing the hidden nature of the capital.

There is only one thing for certain with London – it’s not a great fit for everybody. You have to feel it’s vibe to strive with success. If you don’t, it would be best for you to try out your luck elsewhere.

Now that we are done with the terrifying warnings, it’s time to talk about the weird things they don’t usually tell you about London.

Fearless of a bookworm?

London is huge. It is divided into 6 zones like an oversized darts game board. Obviously, everything you’ll ever need like, say, your office is located in the first or the second zone. Your home, on the other hand, is probably somewhere around zone 3 or further.

This doesn’t sound too bad on paper because you can’t quite put your finger on the scale of the city. That’s why I prefer to talk about hours instead of zones. It will take you 45-60 minutes to get from home to work in London if you are lucky. If you are not – feel free to double or even triple that time.

A car is not an option in a city as tightly packed with people, vehicles, tourists, and – I swear to God – creatures from the deepest pits of Hell sometimes. FWY, some of the roads here were built by the Romans 2000 years ago. Imagine driving an SUV down them on a busy afternoon!

This leaves you with two options:

Is it raining outside?

There is a great saying about the weather in London – if you don’t like it, just wait for five minutes. Unfortunately, the saying goes both ways. Get ready to witness everything her majesty, the weather, has up her sleeve in one day or less.

Are you up for the challenge?

Fortunately, there is also a bright side to London’s exquisite climate. It is never too hot or too cold here. Plus, you’ll always have the chance to put on that brand new thing you’ve just bought that looks absolutely dashing without fearing that it won’t go with the weather. It will. At some point…

You are never alone

In a city as big as London and with people as busy as Londoners you might be tempted to think that no one cares about you. This idea is true to an extent, but it is also wrong in its core. And no, I don’t mean that you are always surrounded with people simply because there are a lot of people.

You see, in London, the odds are that you are living with a flatmate. It is common for people to share homes even in their thirties here because of the insanely high real estate and mortgage prices.

What does this leave you within the endgame? You wake up in the same flat with a different person that is probably closer than family to you by now. You get out into the city to commute and you are surrounded with strangers. Then you get to work, where there are colleagues. You get out into a pub with them after a long day of hard work. Then more commuting with strangers. Then you are back home with your flatmate, significant other or family.

For better or worse, you will never be alone in London.

It’s not that bad, really!

The simplest answer would be to say that it’s not that bad. London is amazing. It is alive. It is vibrant. There are always places to go things to do, delicious food to eat and stuff like that.

I could name a dozen of reasons to love London straight of the bat:

This list can go on and on without an end. The truthful answer to your question is different, however. London is a city with a spirit. You either dig it, feel the vibe and enjoy the chaos that surrounds you, or you pack up and leave. It’s really as simple as that.

The real question is – are you ready for London?