“Stone the Perishing Crows!” –Everything you Need to Know About the English Language when moving in London 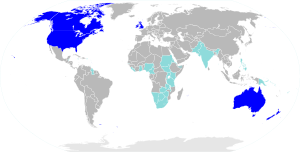 Part of moving to London is getting settled as fast as possible and you can’t do that unless you have at least a little understanding of the way that people in England speak English. Not everybody sounds like Hugh Grant dripping honey off every vowel and consonant, and not even watching the fabulously funny Bridget Jones will give you a true sense of the way that Londoner’s, and people in England speak English. At times, it might sound as if they’re speaking a foreign language, but with a little help and a good ear, you can be speaking like a local in no time.

The English language can be confusing at the best of times, and it is made more difficult when you are in England, by the wide range of local accents that are found across the country and even in London itself. London is a cosmopolitan city, and is filled with people who speak many different languages as well as English, but since everything in London is in English, having a good understanding of the basics will make your move easier and smoother. Not getting offended if someone offers you a ‘fag’ is a good starting point!

Much of the initial confusion you might face in relocation to London will be in deciphering the English way of using phrases that cannot be translated literally. “Stone the crows!” is not a directive to go and chase birds with rocks; it is an expression of surprise. Another thing that confuses a lot of people from across the pond when arriving in England, is that some words have one meaning in England, and quite another in the USA. It’s worth your while to know a few of the most common ones. The tube is the subway, a torch is a flashlight, a lift is an elevator, a bum bag is a fanny pack, football is soccer, autumn is fall, a mate is a friend, a fag is a cigarette, chips are French fries, biscuits are cookies, rubbers are erasers, jam is jelly, Casualty is ER, holidays are vacations and city centre is downtown.  Now, go and try this out at your local (pub or bar) and you’ll be sounding like a native in a flash.

Don’t be surprised if an English person answers you and adds ‘love’, ‘sweetheart’, ‘mate’, ‘darling’ or ‘duck’ on the end. It is perfectly normal and natural in England and not meant as a personal comment to you, just as a friendly addition.