Relocating to London – The Great Public vs. State School Debate 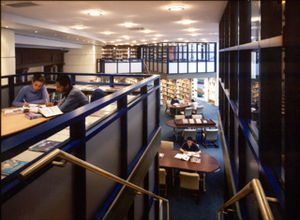 Moving to London with a family means more than just finding a home in the right suburb. If you have children then one of your first priorities is going to be getting them into a good school, so their education is not interrupted for any amount of time. Schools follow the same terms in the States and Canada as they do in England. Most schools have their long holiday in the summer and start the school year in September. Unfortunately, that is where the similarity ends. British education is complex and can be a difficult system to negotiate if you have not had any experience in dealing with it.

The first thing you have to understand is that the biggest divide in the British education system is the one between the private schools, which, oddly enough are called public schools, and the state schools, which are run by the government. The question of school fees is not the only consideration when it comes to choosing an education system. Life in England has so much to do with tradition and history and you find that this is perpetuated in the schooling system as in every other facet of English life.

Schooling is compulsory for children from the ages of 5 through 16, but if you have ea child who is intending on attending any form of tertiary education institution, such as college or university, then they will have to do an extra two years of study to ready them for tertiary study. These two years are known as A-levels.

Public school fees are beyond the means of many people in England and especially in London. There are also many excellent state schools that offer an even higher standard of education that some private schools, but, and here is the conundrum; you have to be living in the catchment area of the school to be able to attend. This can have a profound influence on the area that you live in, if you have to consider getting your children into a school that has an excellent standard of education. The trick is to try to avoid paying a premium for housing in the area of a good school and you can be sure that the prices of housing in the area of a good primary (elementary) school are priced at far more than their actual value. You might even want to consider going private and saving money on the housing prices, by finding a mid range private school, that allows you to pay monthly.

Of course, if money is no object, then you might want to expose your child to the ultra public school world with schools such as Eton, Cheltenham Ladies College and Winchester to name but a few of the schools attended by children of royalty, princes of business and the ultra noveau riche. Just be aware that you will also have to pay for holidays away to exotic locations and school trips to some of the most expensive places in the world.