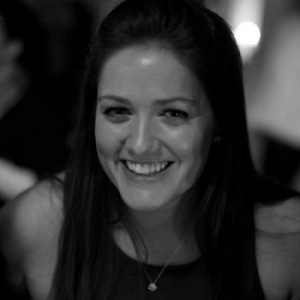 We put London Relocation’s Moving Coach Devon Lampard under the spotlight this week! She talks about growing up in Canada and moving to London during college. Part of her invaluable service at LR is helping expats to achieve a successful relocation by listening to exactly what they need and advising them on all aspects of moving to London.

I was born and raised in Red Deer, Alberta and grew up in the same house that my dad had. We have a very tight knit family and always spend a great deal of time together. My brothers and I were constantly getting into trouble terrorizing our neighbours by breaking windows with sling shots and building tree forts on weak trees that looked as though they may fall on to the house next door.

Growing up, my family did a considerable amount of travelling and a lot of “educational trips”, while other families were heading to Mexico and the Caribbean for their family holidays, we were jet setting to foreign lands to take in the medieval architecture and exploring!

Transferring from College in Canada to London

I was nearly finished a double diploma program through the Red Deer College which was right in our town. It was great, I was loving being in College and the course was interesting but I thought to myself, “I want to continue on, but where to go?” The opportunities for Business Schools in Canada are countless, but I was looking for something a little more adventurous. I started looking into Universities and decided that England was where I wanted to be. After a bit of research I found that I would be able to complete my degree in just over a year rather than continuing in Canada and spending the next 2 years completing it.

In my online research I found UCAS and was able to apply to 5 different Universities across the UK as well as track the application process. Great! When the acceptance came through I had 3 offers and 2 conditional offers, one of which being in London – the decision was a no brainer.

Next I was onto the Visa process. Although my mom was born in Scotland I’d never had any reason to apply for a British Passport, so, like many other International students I gathered all the info for my student visa, shipped it off and booked my appointment at the UK home office in Edmonton. The whole process was pretty seamless. Three months later I was packing my bags and off to London!

“I Planned to Stay for One Year…”

The plan was to come for 14 months, complete my degree and head back home. The closer it came to moving back home the more I wanted to stay. There was so much life and traveling to be done, I just couldn’t justify heading home and missing out! Not only that but I had started dating my now fiancé and I was curious to see where the relationship would lead.

Once I’d decided to stay I needed to get cracking on applying for my British passport. I gathered all the documents and sent everything away, 4 weeks later everything came back… without a passport but more paper work to dig up! Once again I gathered all the additional documents, had my guarantors re-sign the paper work and sent it away again. After two telephone interviews, an interview in person and 6 weeks waiting time I had a British passport and could start applying for jobs!

My first year in London I lived in a fantastic student accommodation just a stones’ throw from Kings Cross station. When I completed my degree I was no longer allowed to stay, so moved out with some friends in North West London – as I didn’t know the areas, I found out quickly that it was a little dicey in Harlesden and moved out to Alperton which was a quick bike ride into work at Westbourne Grove. Now that I have been here going on 6 years, I have settled into life in Putney! Putney seems to have the right balance between big city living and more outdoorsy feel to it which is great for me!

My first London job was working for a Canadian travel company prior to meeting AJ, Kenneth and Mat. It didn’t take me long to love the vibe of these guys! I knew that working with them would be an invaluable experience, so I started hassling AJ for a job!

When I started with LR, I was completely new to the property market and only knew the nightmares I had, when I first moved to London. The team were very welcoming and helped me a lot with getting to know the areas, how to deal with agents and learning all the ins and outs of the relo process. I have to admit, it was very different to anything I had done in the past. I started off dealing with inbound leads and found that the more I spoke to people on the phone the more comfortable I became with everyone and now I absolutely love finding out about people, why they are coming, and most importantly how we can help them avoid making the mistakes I did while moving. Since then my role has changed a lot but I still love being entertained by others stories!

I love living in London because there is always something going on or happening! I have enrolled myself in a language class, I’ve taken up my childhood passion for tap dancing** again and I have been able to spend countless weekends travelling through Europe. Living in Putney I have become very familiar with the area. I do a lot of running outdoors and have found a route that runs through Wimbledon Village and past Wimbledon tennis courts (Sunday mornings there are all the future Wimbledon stars practising – ages 4 – 7 – Super Cute!). I love heading over to Wallace & Co for breakfast on a Sunday morning, or Ma Goa for a bit of Goan food on a Friday or Saturday night!

When I do venture out of my little Putney bubble, my favourite pub is The Two Chairmen, just off Trafalgar square. It is a really great little pub located on Warwick Avenue. The staff is friendly and their pub dog Nelson is your typical-friendly Chocolate lab.

My initial stay was meant to be 14 months and yet somehow I’m still loving every second of London life nearly 6 years later!

You can reach Devon on Google Plus or give her a shout out through the website if you need any advice about Moving to London.

** Ed’s Note: We were unable to get any photos of Devon tap dancing. If you find one, please let us know!