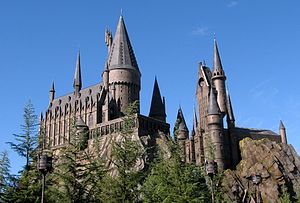 The dream of many children moving to London due to corporate relocation is to visit all the iconic sites in the Harry Potter movie series.  Now, Americans moving to London can make this dream a reality with a private guided tour of the world of Harry Potter.  A chauffeur will take families to all the beloved sites in and around London and Oxford and tell the stories behind the stories.  Finally, with the some help from London relocation agents (if needed) parents can give their children the gift of a lifetime.

The tour is approximately ten hours long and visits a multitude of locations included in the Harry Potter movie series.  A well-appointed eco-friendly car will meet families at one of several locations in the heart of London and return them to the same location at the end of the day.  Some of the sites included on the tour are:

This tour is sure to impress any Harry Potter loving American moving here.  Also, it is a wonderful introduction to the surrounding countryside.  Apart from the Harry Potter angle, families can learn about a plethora of important English landmarks on the tour.  After international relocation a day spent exploring Harry Potter’s England is a nice retreat.