Learn the Lingo for Your UK Relocation 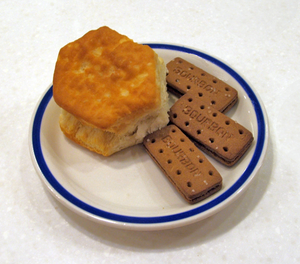 Actually, you might already know a good amount of British English even prior to your UK relocation. A BBC article yesterday spoke to the increasing usage of “Britishisms” by Americans and Canadians lately.

LEARNING BRITISH ENGLISH AS A SECOND LANGUAGE FOR A UK RELOCATION

North Americans and the English are separated by a common language, so they say, and you’ll readily discover this on making your UK relocation. As soon as you arrive at Heathrow or take the Tube, you’ll be looking for the Way Out signs instead of Exit ones or have to take a lift to another floor instead of an elevator. You’ll read a menu and wonder what in heck a courgette, aubergine, and rocket is (zucchini, eggplant, and arugula, respectively, FYI) or be keenly disappointed when the biscuit you order isn’t thick and buttery with gravy on top but a dry little cookie. You won’t be asked if your food order or coffee is for carry out, but you can certainly request it for take away,  and maybe instead of doing something right away, you’ll do it straight away. In fact, once you’ve done it, you not only did it, but you did do. You might like to do something, which means you’re also keen to, but if you’ve had quite enough of something, you won’t chuck it in a trash or garbage can so much as you’ll pitch it in the rubbish bin.

I could go on and on with all the terms I’ve picked up in the four years since my UK relocation. Yet I have to say, there were indeed several of these Britishisms that I said long before moving to London: bum, shite, arse to name a few (sorry for my foul mouth). I suppose it isn’t so surprising given the immense British presence in America; I don’t mean population so much as pop culture. The popularity of Harry Potter, Downton Abbey, Doctor Who, Sherlock, Notting Hill, Monty Python, and other endless books, films, and British A-listers that flood our shelves, screens, and magazines—not to mention America’s infatuation with British royalty as evidenced by the US media mania following the Royal Wedding—makes for a subtle assimilation to this language that might have been preparing you for your UK relocation for years.

I must say, I was surprised to receive messages from two different friends the other week respectively using the terms chuffed and innit, ones I’d never heard until moving to London. Innit will be explained in the list to follow, but to be chuffed means to be excited. Or maybe you already knew that. Fancy putting your smarts to the test, then, with the BBC’s list of North American Britishisms? Let’s do this…

HOW MANY BRITISHISMS DO YOU KNOW AHEAD OF YOUR UK RELOCATION?

1. autumn – Yes, we use this word in America, but much more often we say “fall.”

2. bloody – This one gets interjected to intensify sentences, often in anger or frustration in the vein of “F-ing,” though slightly less crass than that. E.g., “Bloody hell! You’re making a bloody mess!” It just doesn’t sound natural in an American accent, though…

3. bum – Sounds a little nicer than “butt,” though a little cheekier (pun intended) than “bottom.”

4. chav – A derogative noun (also used in adjective form as chavvy) referring to a young, typically lower-class demographic that there’s not really an American-English term for (close attempts are “thugs” – though chavs are more bark than actual bite – or “white trash,” “wigger,” etc.). Often characterized as wearing Burberry baseball caps and lots of bling.

5. cheeky – This is you if you’re using a bit of playful audacity; it’s saucy and irreverent.

6. cheers – We Yankees often use this in toasting one another, but the Brits also use it to say “thank you” or “goodbye.”

7. fancy – Basically, if you’re fond of something or interested in partaking of it, you fancy it. Eg. “Fancy a pint?”

8. flat – Surely if you read this blog in preparing for your UK relocation, you’re using this term by now? This is London Relocation’s bread and butter: the apartment!

10. gap year – This is typical in the UK and Europe simply for the sake of broadening one’s horizons but, given the current economy, is probably more familiar now to North American students who don’t have jobs post-graduation. Basically, a gap year is a year taken off to travel and whatnot between school and work or higher education.

11. gobsmacked – Right up there with “flabbergasted,” this is a much more fun way to say you’re shocked or stunned by something.

12. holiday – Used instead of “vacation” and applies to any sort of break or respite. Your UK relocation—which means 5.6 weeks nationally mandated vacation time, discount airlines, and proximity to other countries—will make for lots and lots and lots of these!

13. innit – This one drives me nuts, and I only use it when kidding. But it’s used in all seriousness as a contraction of a contraction, I guess, whereby “isn’t” is further reduced to “innit” in certain (not all) British dialects.

14. kit – If you’re “kitted” out, you’re all suited up; the term often refers to uniforms or gear (such as in sports) but can also generally mean a collection of otherwise personal necessities.

15. knickers – A synonym for panties. “Pants,” by the way, also refer to underwear (men’s or women’s), so don’t use this interchangeably with “trousers” after your UK relocation or you’re in for some embarrassment!

Phew, I’m already knackered(exhausted), and we’re only halfway through the BBC’s list! Oi! Shall we continue our journey to 30 Britishisms next time? Yes, I quite agree.

In the meantime, study up if not many of these sounded familiar to you, because you will hear them after your UK relocation—it’s fun, innit?