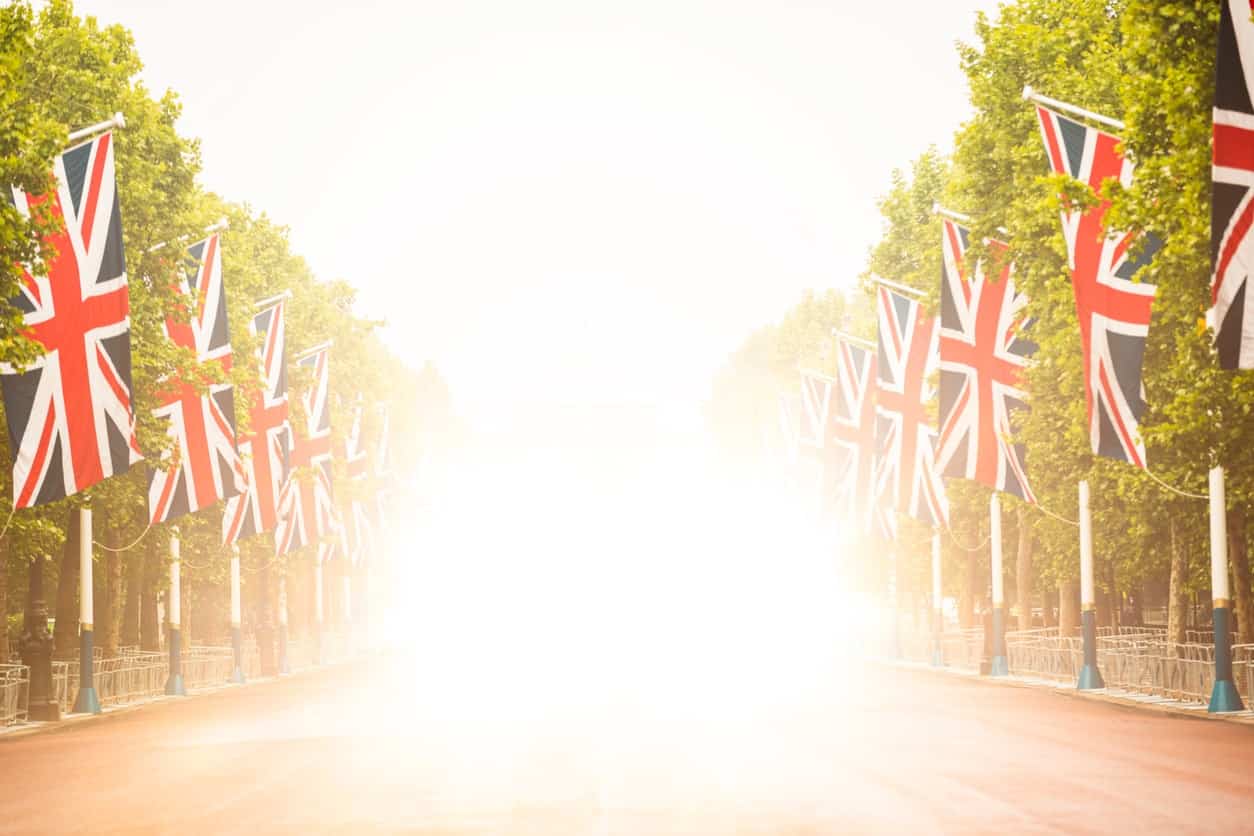 The entire world watches as Britain comes to terms with the end of an era and the start of an unclear future. Queen Elizabeth II was a reassurance that decency and strength remained in Britain, and now that she’s gone, we grieve not just the monarchy but the passing of a strong rock of stability. When Britain’s beautiful, well-oiled machine has experienced its fair share of challenges, disrupting an orderly society by tipping it off balance.

The Queen, however, had recently seen the country through challenging situations, from COVID-19 and Brexit to four prime Ministers in six years. Her Majesty reassured every citizen that a measure of consistency, strength, and decency remained in the country. The speech she gave during COVID was not just soothing but resonated with the famous word of Dame Vera Lynn “we’ll meet again.”

Just like Queen Elizabeth II personified determination, grace, and stability, her rule has seen a lot of changes in British society and culture. As the longest reigning monarch, her passing comes with an uncertain winter, and it is up to King Charles to reassure the country. While the government is offered an opportunity to redefine its role in the world, it will be hard to turn a blind eye to the evils of slavery and colonization.

Many historical events have marked the Queen’s 70-year run, and there’s a lot she will be remembered for. The Commonwealth, considered reparative justice, is one of the Queen’s most significant achievements to atone for past mistakes. However, member states are divided because of their different beliefs concerning the monarchy facing up to its legacy of crime against humanity.

Regardless of where you stand on the monarchy acknowledging its tainted past and the consequences, there’s no denying Queen Elizabeth II’s role in taking concrete steps to rectify it. Since she agreed to the throne, she recognized the country’s approach to its past was misaligned with the expectations of its colonies. Over her 70-year rule, she has done a lot to correct history’s wrongs by resetting its economic, political, and social systems for future generations. Her greatest fear was to watch the country walk backward into the future with her eyes closed. 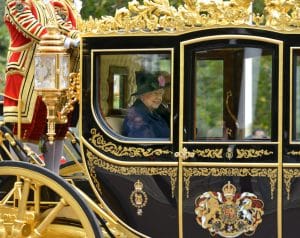 A Reassuring Voice in the Storm

The global view of the monarch is filled with divergent opinions. However, we can all agree that in times of division, strife, and hatred, we could use a voice like the Queen’s: caring, calm, and reason. Whether you hold the crown responsible for crimes against humanity in the 18th century or consider the Queen as a well-mannered, fair public servant, she remains to be the voice the world needs.

Those who have had the privilege of meeting the late Queen Elizabeth II speak of her self-deprecating and friendly manner. This is a reminder that her Majesty was once a child, became a mother and a grandmother, and sacrificed a lot to a lifetime position she never applied for. Even if the crimes of the empire can’t be overlooked, the Commonwealth remains a sign of the Queen’s dedication to writing the wrongs in her backyard. Her voice remains a symbol of reassurance when we need someone to encourage us to embrace our better angels.

The Image of the Royal Family

The crown is a symbol of hope, strength, and reason, but when Queen Elizabeth agreed to the throne, she became the face of the crown and the royal family. With life-changing global events like the apartheid movement in South Africa in the ‘80s and early ‘90s, many people from Britain’s former colonies altered their view of the monarchy. The royal family was privileged and wealthy beneficiaries of colonialism, white supremacy, and slavery, particularly to poor people of color around the world.

Even as we mourn the passing of a well-lived life, which is the honorable and human thing to do, we can’t overlook the value and meaning the Queen’s life bears. Regardless of Princess Diana and Prince Harry moving away from under the wing of the royal family, Queen Elizabeth II remained an ever-ready model for decency, stability, and leadership for her people and the world. As the face of the crown, she was not ignorant of the bombardment of matters about the royal family that affected the world.

The changing of the guard comes at an uncertain time for Britain, with a new prime minister grappling with double-digit inflation, an energy crisis, the fallout from Brexit, and the war in Ukraine. As we mourn the death of the longest-serving monarch, it is a moment of great sadness for the members of the royal family. Her loss will be deeply felt throughout the country, Commonwealth, and the Realms, and by countless people globally.

The Queen appointed Liz Truss 48 hours earlier before her passing, showing her strength and commitment to the nation she served for seven decades. Queen Elizabeth II is indeed the rock on which modern Britain was founded and endured fifteen prime Ministers throughout her reign, establishing her as an icon and institution. For many, she remains the reassuring presence of all, even those who loathed and ignored the monarchy.

There are many reasons the Queen will not be forgotten. In her final years, frailty curtailed many public appearances, but she remained in control of the monarch and at the center of national life. This was seen when the country celebrated her Platinum Jubilee with days of pageants and parties earlier this year in June. Still, for the new generation, it will be her hopeful and positive attitude throughout the problematic local and global events.

She leaves behind a legacy that is inspiring and didn’t shy away from shaking millions of hands throughout her reign. Despite all the backlash the royal family received, how did she overcome it all and model commendable leadership qualities? And what made her the regal model for reputable leadership? Let’s look at some reasons that made Queen Elizabeth II a revered leader and a unique symbol of humility, change, calm, and responsibility.

Trusted in a Higher Power

The Queen was the head of the Church of England and firmly believed that God gave her title. She requested prayer during her coronation in 1952, which was not the norm then. She urged all the citizens, regardless of religion, to pray on that day and ask God to grant her strength and wisdom to carry out her solemn promise. In the future, when she made Christmas addresses, she consistently reiterated how her faith and trust in God had played a key role in her leadership.

While she didn’t force her beliefs upon others, her addresses on Commonwealth and Christmas Day acknowledged the importance of respectful tolerance and interfaith harmony. This was always seen when she invited leaders of different faiths and denominations to grace royal ceremonies. Her inner ability to trust that everything would work out was based on faith, and it reassured the country and the world to trust in ourselves and that all will be well. 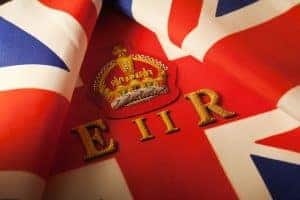 Queen Elizabeth II was moral, and this was reflected in her leadership. At age 21, she pledged on public radio to devote her life to serving her people, whether short or long. To her, this was more than a promise to her people, but a profound commitment that defined every minute of her life. Through change and progress, celebration and joy, or loss and sadness, the Queen remained devoted, and her dedication as sovereign never wavered.

Besides her faith in divine purpose and trust in a higher power, she trusted herself. Her decisions were guided by love, fairness, and understanding, allowing her to make the hard choices for the greater good, even when it was difficult. It was her stout belief in divine purpose that motivated her, providing a consistent style of leadership that helped millions around the world.

Queen Elizabeth II’s demanding and heretic lifestyle might not have left time to indulge in her favorite pastime, but she took solace in nature when the opportunity presented it. The benefits of nature to one’s well-being are undeniable, and the Queen regularly visited the Scottish Highlands to enjoy walking the moors with her dogs or horse riding. The staff at Buckingham Palace fondly recall her walking the dogs every day, mainly if she had a critical decision. Some fresh air and time in the outdoors were all she wanted to keep her grounded.

Her love for nature led to her legacy project: The Queen’s Commonwealth Canopy. The primary aim of this ambitious project was to create a network of protected forests in all the Commonwealth member states. Although the project is yet to be fully actualized, it is something that many will remember her for fondly.

Kept Her Allies and Support Close

As a strong working mother and grandmother, the Queen surrounded herself with a vast support network. The team of 1,000 staff members at Buckingham Palace ensured that her Majesty never had the worries experienced by most caregivers like domestic duties. Her dedicated team eased these trivial concerns so that she could fulfill her promise to the people and genuinely serve them.

Besides her faithful palace staff, Queen Elizabeth II surrounded herself with a close-knit group of trusted individuals that understood her situation and supported her when she needed it. Prince Philip was a close confidant ever at her Majesty’s side to give advice when it was necessary. She also relied on other family members and palace advisors, protecting her energy and time from those who would undermine her leadership. 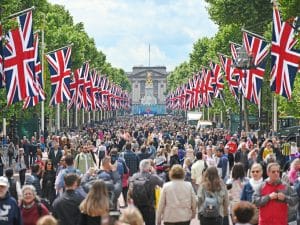 The Queen’s facial expression showed seriousness and duty during every public address, whether on live television or in person. While this resulted from her position and years of never showing emotion, privately, she revealed her sense of fun and dry wit and didn’t mind teasing others or being teased. She knew the pompous nature of her regal title and managed the tension with humor. Some say that she got her sense of humor from her late husband, Prince Philip, who was known for making her giggle with his sense of humor.

Most people who meet the Queen are usually nervous, and this was something she knew. To defuse uncomfortable situations, she used laughter to help her guests feel at ease. Many celebrities who have had the privilege of meeting her Majesty the Queen recall her sense of humor during conversations, allowing them to feel comfortable in the presence of royalty.

Quick to Act in Sensitive Issues

After agreeing to power, Queen Elizabeth II had to deal with many Commonwealth and family issues. Although Britain always came first, she had to learn how to mediate family issues to reduce public negativity. She understood it was best to deal with matters quickly, balancing spending time for her family and doing right by her country. Even after the Newly Weds, the former Duke and Duchess of Sussex took a step back from the royal family without consulting the Queen; she announced 12 months to adjust.

This was one situation that showed the Queen’s ability to swiftly make tough decisions without persuading others to support or follow her plan. She again showed her willingness not to overstep the mark by backing the right of Australia to become fully independent.

Queen Elizabeth II was always herself and didn’t pretend to be something she was not. Her leadership was unapologetically female, dominating conversations, making her presence felt, and exerting her power. She also showed love, dignity, guidance, respect, and understanding, which are feminine leadership qualities many admired at the beginning and throughout her reign.

The Queen played her role beautifully; many of us are lucky to have lived during her leadership. She showed us that discipline, a strong work ethic, and purpose are enough to energize you to accomplish anything you set your mind to. Queen Elizabeth II indeed claimed the hearts and respect of the world, leaving behind a magnificent legacy.