Relocation to London – Where is Tottenham Exactly? 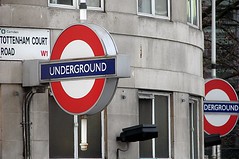 If you are planning your relocation to London you will probably be keeping an eye on any news that makes headlines. Not all the news will reach your country of origin, so it may be wise to keep a web news site like the BBC or Sky at your fingertips. Sometimes what is happening in the news can put you off a little about moving to London, especially if you view it from an international perspective. Having a good source of local news is important when you are preparing for your relocation to London.

For many people moving to London, the neighborhood of Tottenham has been firmly crossed off their list as a possible area in which to live. The news of the riots that happened in this suburb has made headlines across the globe. Watching them tends to give people the idea that ALL of London is in a state of panic.

It must be remembered that Tottenham is just one suburb of a very large city. It is located in North London which may give people planning their relocation to London some misgivings about the entire area. North London itself is a massive area and is made up of many different suburbs. While Tottenham has never been high on the list of desirable places to live when moving to London, you need to be sure that you’re not tarring the entire city with the same brush.

North London is in fact, one of the most sought after areas. Suburbs like Camden and Islington are popular among Americans moving here and rentals are often hard to come by. St. John’s Wood is one of the top suburbs in the whole of London and is located in the North of London.

You also need to remember that the Tottenham Court Road, which is a tourist landmark, is not anywhere near Tottenham itself. It is these small slices of on the ground information that will help you when you are planning your international relocation.

If you’re at all unsure about which areas are the best to live in once you arrive, then consult with one of the expert relocation services companies who will be able to assist you.