Relocation to London – Finances and Forex 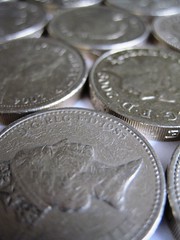 There is no doubt that an international relocation is an expensive move. If you are considering relocation to London in the near future, then you need to be aware that it could cost you more than you think.

Many people are thrilled when their employers offer them the opportunity of moving to London for a year or two. It sounds glamorous and exciting to be living in one of the largest and most famous cities in the world. In reality, you need to make sure that you can afford a relocation jobs adventure before you start packing your bags.

Many Americans moving to London are shocked by the amount of money that they lose when it comes to exchanging dollars into pounds. The movement of money from one currency to another is called foreign exchange, or ‘forex’. It is not as simple as going to the bank and asking them to change some of your home currency into English pounds.

The biggest shock for most people after relocation to London though, is the charges that they incur when transferring money into their new English bank account. You will more than likely be charged by your home bank and by the English bank. The cost of dealing in Forex can be as much as 10% of the transaction. If you want to transfer $20, 000 then a charge of 10% can mean that you lose out on TWO thousand dollars. That’s a lot of spending money, by any standard.

The best possible advice for foreigners intending on making their relocation a reality, is to get the best advice from professionals who have a good understanding of your home country as well as all of the aspects of moving to London. Many relocation services companies offer sound advice and will help you through the basics of opening a bank account at a bank that is used to dealing with foreign accounts.