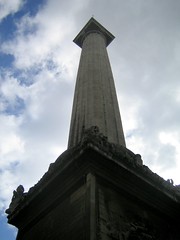 Getting out and about is one of the first things you’ll want to do after getting settled into your new London rental flat. Moving to London should be one of the most exciting times of your life and if you are prepared to let this city work her charms on you then you might end up staying forever. Part of getting out and about is to master the transport system as fast as possible so you don’t end up paying the earth in taxi fares.

Most people use the Underground train service or “Tube” to get around from place to place, although there is also a wide ranging bus network, and of course the ubiquitous black cabs which feature in just about every film set here! Visitors should bear in mind that the tube maps that you see are schematic and do not represent distances in scale. Sometimes it really is quicker to walk! Drivers should know that parking is very hard here and that a congestion fee is payable in Central London.

For those visitors who wish to immerse themselves in culture, London offers a huge number of experiences. There are hundreds of theatres in the West End featuring sell out shows and musicals, from Les Miserables to the Mousetrap and Shakespeare at the Globe theatre. Visitors should take note that some shows sell out many weeks in advance, and if they are determined to see a particular show, they should prebook it. Aside from the theatre, there are often premieres of new films in Leicester Square, where there are many cinemas, including the Odeon and the Empire. If you prefer your entertainment a little more highbrow, then you may wish to watch the Ballet, or one of the many classical music venues around the capital, or attend the Royal Opera House. Alternatively, your visit may coincide with big names from the world of rock and pop that may be playing at Wembley Arena, or one of the many smaller venues around town.

Sporting fans will recognise thatthis city is the home of several Premiership football (soccer) clubs, and if you go during the football season, you can enjoy the unique atmosphere of a match at venues such as Stamford Bridge, where Chelsea play. If you want to try a quintessentially English sport, then try to attend a cricket match at Lords cricket ground. Tennis aficionados may like to visit Wimbledon, or even queue for public tickets during June to watch the stars of the tennis circuit.

London is full of interesting architecture and historic buildings, which you can view on a stroll around the centre. If you would like to get a better picture, then the London Eye, which is a slow moving, giant observatory wheel, is a great way to see the capital. Other architectural gems include the ‘Gherkin’ building, St Paul’s Cathedral (designed by Sir Christopher Wren and built in 1697 after the Great Fire of London) and Westminster Abbey. However, you may prefer to wander around Trafalgar Square or Piccadilly Circus, soaking up the atmosphere or visit a traditional pub (bar), teashop or restaurant after a day’s shopping in Oxford Street or Covent Garden.

This short overview barely covers the wealth of cultural attractions, shopping venues and interesting places that can be found, but will give you the inspiration to get out there to truly experience the splendour and pomp of London.