Who to Call in an Emergency after Moving to London 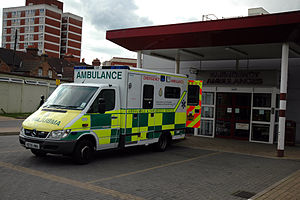 Many times families moving to London never think about who to call during an emergency until an emergency occurs.  Unlike the United States London, and the United Kingdom, do not call 911 to get access to fire services, police or medical care.  Also, unlike the United States, families moving to London have two emergency numbers to call depending on the urgency of the situation.  All members of a family should learn and memorize the important emergency numbers of their new country in order to be prepared in case of a worst-case scenario.

In the case of a fire or emergency requiring police families moving to London should dial 999 to be connected to an operator – similar to dialing 911 in the States.  This number can also be called for a medical emergency requiring an ambulance.  Unlike many areas in the United States 999 should not be called for minor incidents.  In cases where one needs to contact their local police department, such as to report a non life-threatening crime, 101 can be dialed.

Since healthcare is free in Great Britain there are more accommodations for emergencies.  A&Es are only for serious emergencies.  A family member with a minor emergency, like a broken bone or high fever, should visit a MIU (minor injuries unit) at a local hospital.  If an injury is not a true emergency A&Es will absolutely not see a person.  This is important to remember for families moving here as most US emergency rooms will treat anyone.

Not all hospitals have A&E units and if they do have a unit it will not necessarily be open twenty-four hours a day.  Before an emergency occurs and a family is forced to move quickly it would be in their best interest to research nearby hospitals and their A&E hours.  Moving is stressful enough without compounding the move with an unplanned and unprepared for emergency.