What To Do After Relocating to London – Take to the Thames

What to do after relocating to London: Before you become a London local, and just after you’ve moved into your new flat, you need to get out and play the tourist, at least once…

London is a city that has grown up around the River Thames, and if you are going to be living in the city then exploring the river as a means of transport is one of the must do items on your list after relocating to London. Finding your way around London can be confusing and somewhat overwhelming if you are new to England, but many of the tourist hotspots and famous landmarks are located on the river or within walking distance of the river. 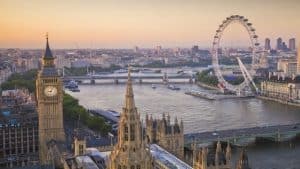 What to do After Relocating to London – Take a River Tour

The River Thames winds its way through this city and it is as much a part of the bustle of London life as it was over a thousand years ago when the city of Londinium was being born. Industry and trade made the city of London into one of the biggest cities in Europe and the trade on the River Thames influenced much of that growth. Travelling on the river today will give you a unique and wholly different view of the city. The history of London can be found on every bend of the river and it is a great way to see how London has developed over the years. It will allow you to see the whole of London spread out before you, and best of all, it is a great way to avoid the traffic that has made transport in London into a daily nightmare.

The best way to explore the River Thames is by taking one of the many ‘hop-on’, ‘hop-off’ tours that are offered by the big cruise companies. These tickets allow you to get off and on the boats as many times as you like during the day. These are known as Circular tours and they run from early in the morning throughout the day. A highlight though, would be to take a champagne cruise at sunset under the famous Tower Bridge. For the more adventurous, there are the exciting daytime ‘duck tours’, which are just like the amphibious duck tours that are so famous in Boston. The River Thames caters to every kind of taste, whether it is history, art, or the more modern attractions that are within walking distance of the river landing stages. 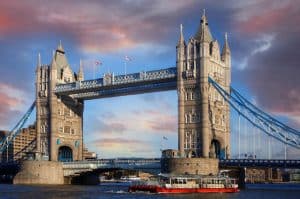 The Tate Boat is a great way to immerse yourself in the art world of the Tate Gallery as well as the Tate Modern, and going by boat is much faster than trying to get across London by any other means. One of the most fascinating river tours in London is to visit Hampton Court Palace, the home of King Henry the 8th. The tour winds its way through the heart of the city and into the lush green countryside of Kew before reaching Hampton Court Pier. 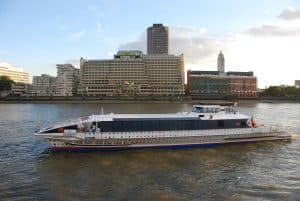 Getting out and about after relocating to London with London Relocation will give you the chance to explore the city from a tourist perspective before settling in to life as a Londoner. Besides, you have to learn all about what the city has to offer so that you can impress all of your visiting friends and relatives when they come to visit you in London, and they will…