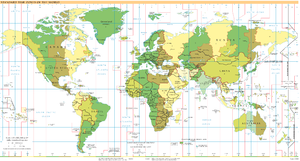 Did you know that moving to London will also give you the power to travel through time? If you’re already an avid traveler across time zones, you surely know, but if your relocation to London will be the furthest you’ve ever flown so far, you’re in for a real treat: jet lag.

It’s not just about being tired from sitting in a cramped seat on a plane and going through the aggravating motions through security and immigration. It’s the time-zone factor that puts the “lag” in jet lag  as your body lags behind in time or is forced to jump ahead. Regardless of your mental awareness of daylight and evening hours once arrived at your destination, your body is internally set to a different clock that impacts your sleeping and eating patterns. It’s a disturbance to your physical system that will also affect you mentally (and emotionally if you get cranky as all get-out like me). An hour or two’s difference is inconsequential, but when you start talking five to eight (which is the difference between the UK’s GMT/BST and US time zones from east to west coasts, in case you’re relocating to London from America), you’re in for a world of hurt. It’s when your new time zone becomes the “twilight” zone as your brain dizzies and body tingles and you zone out indeed.

I’m dwelling on this because it’s Day 2 of jet lag recovery for me after returning yesterday from Singapore. Fifteen hours in the sky with a connection in Helsinki meant a lost night’s sleep that only compounds the seven-hour time difference I’m suffering. It’s 5:00pm, but my body feels like it’s midnight. Derr…

It’s common for travelers to London to take an overnight flight so they don’t lose valuable daylight hours in transit, but you do have to bear in mind the diminished quality of sleep you’ll get in that case when you’d otherwise be curled up in bed. For people like me (which is a lot of us, I think), it’s sleeping in short bursts between readjusting your neck from the awkward angles your heavy, bouncing head keeps throwing it into. My advice: If you can sleep well on planes, definitely go for the overnight flight. If you can’t but you take one anyway, then power through the day until it’s night-time at your destination. Don’t whinge about it; just do it and thank me later. Maybe nap for an hour or two, but no more than that!

If you’re flying during the day, do your best not to stay up all night when the evening comes faster in a time zone that’s ahead of your departure location’s. Hopefully the aforementioned travel aggravations will tucker you out enough, but if not, try to occupy yourself with a low-key activity that won’t get your mind or body overly active for restful sleep—lying in bed with a light-read book is always a great way for me to wind down and drift off.

Regardless of your day or night flight preferences, make sure you’re keeping hydrated with plenty of water, and try to resist drinking much alcohol—a little may help you first fall asleep, but a lot is going to make for a restless sleep and deprive your body of fluids it needs to recharge.

Flying between London and home and/or other glorious travel destinations is going to become a regular part of your expat life once you make that international relocation to London. Which means so is jet lag, that little unwanted stowaway in your luggage. It’s the trade-off for the new experiences you’ll have in new locations, as well as feeling like an awesome lord over time when you can wind the clock forward or backward by flying eastward or westward. But that’s just the artificial sense of time that you’ll technically get back as soon as reversing your trip—don’t let jet lag rob you of actual, precious time during those first days on arrival that you’ll never get back!