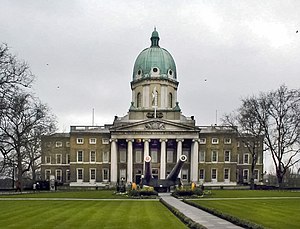 One of the many benefits to moving to London is all the history preserved in the walls of various museums about town.  The Imperial War Museum is one such museum dedicated to educating the public about the joys and sorrows associated with the Second World War.  Five locations create the Imperial War Museum and all five are a must-see for newcomers finding themselves in London due to an international relocation.

Located on Lambeth Road in the heart of the city the London museum is home to some of the Imperial War Museum’s most impressive exhibits.  For those ready to visit very soon the 1940s house is all decked out for the holidays.  This children’s interactive exhibit showcases a British home set during the 1940s but, sadly, will be closing its doors forever in early January 2012.

Visiting Duxford is a trip back in time.  Located within a World War I and II airfield this branch of the museum offers visitors a chance to explore over two hundred military aircrafts.  With interactive exhibits featuring planes, jets and helicopters of the twentieth century Americans moving to London are sure to be impressed.

HMS Belfast
Although currently closed to visitors the Belfast is a British warship open to the public.  Visitors can explore what life was like for British soldiers stationed on a warship during World War II.

Located deep below the streets of London the War Rooms were designed to withstand the nightly bombings that victimized the city during World War II.  Now international relocation visitors can tour the underground labyrinth and see where decisions that changed the world were made.

This building has won awards for its dramatic design but the real prize is located within its walls. Visitors can explore the impact war has on the world, even today, by exploring exhibits.  This museum is very family friendly and has many interactive exhibits.  Americans moving to London should put this attraction on the top of their to-do list.

After moving to London American expats should make a point of learning as much about the great city’s history. For those intimidated by the locations of the museums scattered across the city London relocation agents will be glad to help newcomers with directions and tube stations near each museum if need be.