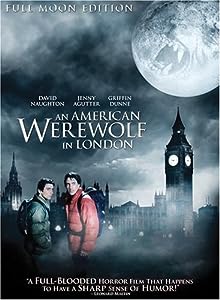 If you’re moving to London and following this blog, you might recall that the other week I mentioned compiling a list of recommended Halloween movies set in London or elsewhere in England (see “Relocation to London UK – Top 5 Halloween in London Posts“). I myself had almost forgotten, so am getting this in under the wire… Anyway, if you’re planning your London move and trying to imagine what life will be like walking its streets, don’t worry, they’re not as horrific as what’s depicted below (not that the London property market isn’t terrifying at times…). This is just for a bit of fun as you prepare to live in the historic and atmospheric UK that lends itself so well as the haunting backdrop to all sorts of spooky lore.

And there you have it. By no means the end-all, be-all list, but a good start. If you really want to get into British horror, there’s a comprehensive list of such films by year at www.britishhorrorfilms.co.uk. In the meantime, what should NOT be frightening you right now is your move; trust in your Relocation agent, who will get you moved into your new apartment quickly and smoothly. No surprises lurking in the shadows, no menace hovering over your head, only screams of sheer delight. 🙂