Relocation to London: The London Pass Series, The Tower of London Part 1 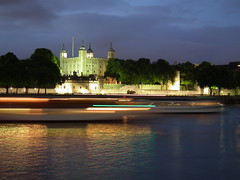 After your relocation to London there is so much you must see as a citizen living here.  The Tower of London and it’s infamous past is definitely a full day’s use of your London Pass.  There’s so much to see there that we will have to break your visit down in two posts.  We’ll cover all that there is to view and the exhibitions on display there, so let’s begin.

Likely the landmark that comes to mind when you think of the Tower of London is the White Tower.  One of the most famous castle keeps in the world it was built to awe both local and foreign invaders.  The White Tower has instilled fear into many a citizen and all of its prisoners.  Inside the Tower is the exhibition “Power House” which chronicles the beginnings of national institutions founded there.  This is also where the national armory is located, it covers 500 years of armor and shows definitively the size and stature of the previous British Kings, (it also gives you an idea of each King’s personality).

Next you simply must see the Crown Jewels, your relocation makes it all possible.  There are 23,578 different gems in the collection (not including what’s kept at Buckingham Palace) and it’s a dazzling display of some of the most famous diamonds in the world. In the Jewel House you will see Crowns of Sovereigns’, Consorts and Princes of Wales (both past and present, scepters, orbs, rings, swords, spurs, bracelets and robes.

Also included in the Crown Jewels collection is the largest cut diamond in the world, “The Star of Africa” as the diamond is called is mounted atop the Sovereigns scepter.  The oldest object in the collection dates back to the 12th century and is a gold “Anointing Spoon”.  The British monarchy is the only monarchy in Europe that still uses it’s Crown Jewels in coronation ceremonies.  But as splendid as the Star of Africa is, nothing beats the Queens’ Imperial State Crown. The Crown itself contains 2,868 diamonds, 273 pearls, 17 sapphires, 11 emeralds and 5 rubies; it is a sight not to be missed while living here.

Next stop the Ravens; it was King Charles II that first started the fable that if the Ravens ever leave the palace the fortress will fall.  The Tower keeps 7 Ravens on site (the required 6 plus an extra one just in case).  The Ravens wings have been clipped just in case the legend should be true.  And to round out the first half of your day at The Tower of London is the Yeoman Warder tours.  The Yeoman Warders became the Tower Guards in the eighteenth century and have been guarding the Tower ever since.  The Yeoman Warder tours are great fun as they recant stories and legends of happenings within the Tower, the prison, the prisoners as well as Palace life inside the Tower of London’s walls.

Stay tuned for the afternoons agenda of the other not to be missed sights within the Tower of London, as now after your relocation is complete, you’ll want to be sure to learn some of the history behind.