Relocation to London – “Summertime, And The Living Is Easy…” 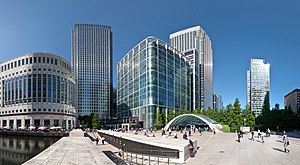 Relocation to London in the summer months is one of the most ideal times to be moving to London. Days are long, the nights are warm and there is so much to do. If you’ve been here for quite some time already, you probably know that the Wimbledon’s Tennis Championships have just finished. Yes, the men’s finals have brought one of London’s (and the world’s) most celebrated annual events to a close.  The summer suddenly feels quite empty. It’s only July, so don’t worry about getting your fill of London before you start your new job, there are other summer highlights to go yet.

First up, for anyone who loves their music, there’s the iTunes Festival at Camden’s Roundhouse. Running for the entire month of July.  The festival will host performances from over 60 artists, each of which will being recorded by Apple and available on iTunes. Previous shows have seen artists such as Faithless, Goldfrapp, The Scissor Sisters and Ozzy Osbourne performing, so you’ll be sure to find something with a London flavor.

Further for the musically inclined, you can go to the “Summer Swing,” running from July 6-10. Bring a picnic lunch and settle down to listen to some upbeat and lively music.

For something a bit more relaxed, get to Theatre Square on the South Bank for a sleepover. No, seriously. On the 26th of August, Theatre Square will be turned into a giant public campsite. Bring your sleeping bags, and don’t forget your marshmallows for roasting on the fire. With events for the evening that include a campfire sing-song and tours from archaeologists along the riverbank; you might not be getting that much sleep!

For more night-time adventure, go to Canary Wharf where can take part in a treasure hunt. You’ll be given a few clues that that will take you to a secret party. If you’re new to London, you might want to give this a shot as it’s a particularly fun way of learning your way around the city, and takes place throughout the summer months.

So it might be July but as far as London’s concerned, the summer has barely started. If you have only just finished your relocation, there is still plenty of summer for you to do any of the above and more.  International relocation in the summertime: the perfect time of year to be moving here.