Relocation to London – Royal Times, They are a-Changin’ 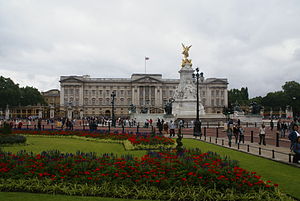 If you’re moving to London, you’re joining the UK in an exciting time of royal transformation. The Guard at Buckingham Palace isn’t the only thing that’s changing these days…

First of all, we’ve already seen how the Prince of Wales and Duke of Cambridge have both bucked convention by marrying commoners. Not that this was unprecedented, just not overly common and certainly not acceptable for British monarchs of centuries ago. Well, this week, headlines in the UK papers have announced that Prince Charles is considering not living in Buckingham Palace once he is King of England but, rather, moving official headquarters of the monarchy to Windsor Castle. Buckingham Palace might then be used as a government hotel and center for events instead. Nothing is set in stone, though, and not much more is heard from the Prince himself as he considers it in poor taste to publicly discuss plans to partake after his mother’s death. Fair enough.

So I’d found that tidbit interesting early this week and now today come to see that Britain’s 16 Commonwealth countries have unanimously approved a first in English royal history: both sons and daughters will have an equal right to the throne, as opposed to giving the title to a male heir over a female, even if the daughter is the eldest. The present Queen Elizabeth II was, of course, coronated as the first-born child of King George VI; however, this was only because he had no sons. If the Queen had a little brother, this would not have been the case. But going forward, a first-born daughter will indeed have precedence over her younger brothers. The royalty have joined the 21th century! Hurrah!

Because Charles has been so tight-lipped about his plans as king, it remains to be seen how else the monarchy may evolve in time, although biographer Robert Hardman has had some insight during his research for the book Our Queen that he recently shared in The Daily Mail: www.dailymail.co.uk.

In any case, for us commoners, our home is our castle, so enlist the help of a Relocation agent—you’ll get the royal treatment in finding a crown jewel of a apartment, fit for a king OR queen. 🙂