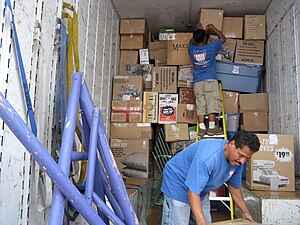 Part of the process of moving to London will be packing and storage before leaving one’s home in the States. Packing for an international relocation is a lot more complicated than a local move. Families need to be fairly organized to make sure that when they’re unpacking in their new rental they’re able to settle in as fast as possible.

Americans moving to London shouldn’t try to do everything in one day when trying to get settled in. Rather, they should take frequent breaks and spend some time in the new neighborhood. Everyone will be stuck into the daily grind of work and travel soon enough when living in London.