Relocation to London – Odd Christmas Traditions in the U.K. 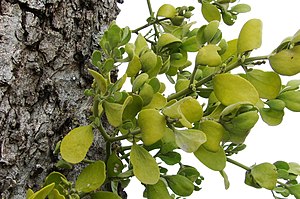 Americans moving to London are often surprised to find that many of their cherished holiday traditions stem from the British Isles.  Before Christianity arrived Pagan traditions ruled the UK.  Rather than try and establish new traditions Roman Christians integrated the Pagan with the Christian.  Christmas is just one of the resulting holidays.  London relocation agents can point London newcomers in the right direction if they are interested in learning more about the British origins of Christian holidays.

Part of the joys of international relocation is discovering new variations on beloved celebrations.  Most countries which recognize and celebrate Christmas include hanging the greens in the festivities.  Whether real or artificial almost every home, store and church has swags, wreaths and mistletoe adorning buildings and providing beautiful backdrops to Christmas centerpieces.

What most Americans moving here do not realize is that the tradition of hanging evergreens and swags originates in Pagan England.  The old legends had many uses for the greenery.  Most people associate mistletoe with kissing.  While ancient Pagans did use mistletoe to protect homes by placing it over doorways it was also used to protect babies.  They believed a sprig of mistletoe hung over a crib would protect the baby from fairies who were believed to steal children.

Holly was placed around the home to keep wickedness at bay and protect the home from witches.   Many health conditions were also treated with Holly.  Early English believed that by opening one’s mouth over steaming water with holly leaves worms could be removed.  Also, they believed that holly leaves left in water could foretell of one’s future.

Those moving here will often find many communities keeping Pagan religions alive and strong.   With just a little looking and possibly a call to one’s relocation services, Americans moving to London can experience Pagan traditions firsthand.    The holiday season is the perfect time for those fresh to London after a corporate relocation to explore the rich and varied traditions that have aided in the creation of modern day festivities.