You’re moving to London. It’s an exciting adventure and there is so much to plan before you pack your bags and head to the airport. One of the first aspects of an international relocation to London is finding a new home. Before you do that though, you need to decide which suburb is going to suit you.

London is a big city, with hundreds of suburbs, but it is divided by compass points as well as being physically divided by the River Thames. If you have not visited the city before your relocation to London it can be a challenge to find an apartment or house in an area that suits your lifestyle as well as your transport needs. 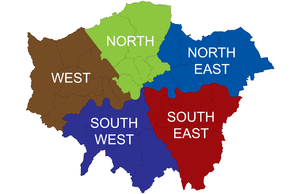 If you don’t have idea of how the city works, you should consider using one of the professional relocation services agents to help you through your international relocation.

Relocation to London – Start with the Compass

North London – This is usually a popular choice for expats and particularly Americans moving here. It’s rather more expensive than other areas, but it is central to many tube lines as well as trains and buses.

West London – The west of London is also popular with expats although it is considered slightly more transient than the north. The prices are reasonable and if you’re planning your relocation ask your relocation agents to start looking at different suburbs in west London that are close to the major transport hubs.

East London – This area has managed to turn its slightly bad reputation into a selling point. More and more people are choosing the eastern suburbs of the city when they are planning their relocation. The only drawback is the lack of efficient transport, something which is being addressed to meet the demands of the Olympics which are being held in the east in 2012. There are lovely suburbs that are close to the city though, so look at Greenwich and even the modern urban developments along the river.

South London – This is a gem that has seen a number of excellent developments in the last few years. It’s lively, there are some excellent schools in the area and if you want to be close to the city centre then you are assured of a busy and buzzing nightlife.

The best thing you can do is get as much information about the different neighborhoods from a professional. Everyone has their favorite area of the city, but needs differ tremendously and what is right for a family of four, will not suit a young single executive.

Living in this city is an entirely personal adventure and you need as much unbiased advice as possible when you are planning your relocation.