Relocation to London – Look Before You Leap 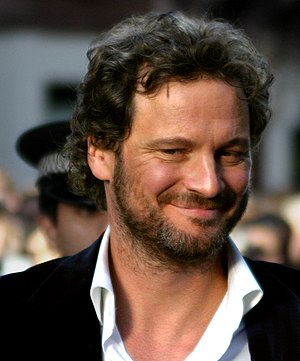 If you have not visited the city before you embark on your relocation to London, you may be frantically trying to find out as much as you can about living in London, Life in England and Great Britain as a whole.

Just as soon as you have decided that you’re moving to London it’s time to get connected to BBC America to get a glimpse of what you can expect from your international relocation. Watching films and television series is a great way to immerse yourself in the culture of a country before you make the physical transition. You will develop an ear for the hundreds of different accents that make up English in England, and start to learn about the culture of your new hometown.

Five Top Films To Watch Before You Arrive

·      If you haven’t seen it, then you should get Notting Hill out of the way before you start. Unfortunately, this film became the definition of life for many American’s moving to London, and everyone who is anyone wants to live in quaint Notting Hill. It is a good film but certainly not indicative of life in London by any means.

·      On the other side of the romantic comedy coin you’ll find gritty realistic films like “Green Street Hooligans”. Again, this is not indicative of life across London, but it will give you a realistic view about the fanaticism of English football fans and what happens when an American moving to London gets caught up in the action. Plus you get to see everyone’s favorite hobbit, Elijah Wood getting the stuffing stamped out of him!

·      Another classic and actually very realistic film about life is the smash hit “Bridget Jones’ Diary”. It’ll give you an idea of what the average flat looks like and no one can fail to love the hapless heroine of the singles scene. It’s got Hugh Grant in it again, but that is completely forgiven because it’s also got Colin Firth in playing another Mr. Darcy.

·      Pride and Prejudice: You’ll not get any tips about your relocation, but this is the seminal work of the English writer Jane Austen brought to life on film and it has Colin Firth playing Mr. Darcy. This is not a boys night out sort of movie, but it is romantic in a Gone with the Wind sort of way.

·      The best film on life, love and moving to and from London is the film “Love Actually”. It will give you a great insight into what your first Christmas here will be like and the city makes a stunning backdrop for the film. Christmas is going to very different if you’re an American moving here so give this a watch before you arrive.

If you’re hooked themed films then you’ll be spoiled for choice. Other great films include: “Sliding Doors”, “Closer”, “About a Boy” and in fact ,anything that Hugh Grant has ever starred in.

It must be said that if you’re looking for a taste of British humor that is funny and understandable then you should watch “Shaun of the Dead”, starring Simon Pegg and Nick Frost. You’ll have a new take on how to handle a Zombie Apocalypse should there be one after your relocation. Just saying…