Relocation to London – London 2011 in Review 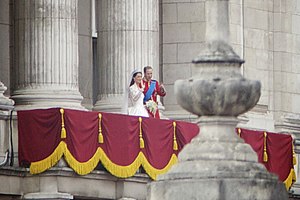 If you haven’t yet confirmed when you’re moving to London, you missed quite an eventful year here. 2011 was certainly a year that channeled global attention toward the UK. We had the Royal Wedding, of course, in spring, when Prince William and Kate Middleton exchanged their vows and ushered in a modern era for Britain’s royalty. It wasn’t all festive pomp and circumstance, however. July saw Murdoch take a cream pie to the face while on trial for News of the World‘s flagrant abuse of privacy, and soon after was the passing of London’s own Amy Winehouse, giving silence to an incredibly talented and unique voice. In the wake of last year’s student protests over tuition, London’s streets experienced yet more controversy and violence as looters rioted in August. And, following “Occupy Wall Street”‘s lead, protesters have been camping out in front of St. Paul’s Cathedral since autumn. Prime Minister David Cameron also shocked the world (and his own coalition partner) when he used his veto to block a revised EU treaty as the euro stares down potential demise. It’s no question it’s been a rocky year for the entire world, but I promise you the experience of living here hasn’t felt all gloom and doom if you’re planning an international relocation in 2012. Morale is still good here overall, and with the city’s constant events and thriving shops and venues, you’d never know there was a global recession going on. “Keep Calm and Carry On” was Britain’s motto during WWII; a country that has seen much devastation in its history knows how to keep perspective and chin-up through thick and thin. And the New Year holds much promise as London prepares to re-enter the world’s center stage as host to the 2012 Summer Olympic Games! June will also see the major celebration of the Queen’s Diamond Jubilee recognizing her 60 years of reign. Where will YOU be when London yet again consumes the media? Hopefully on your way here or already settled into your apartment—contact a Relocation agent to start your bright new year TODAY!