Relocation to London – Is The American School Right for Your Family? 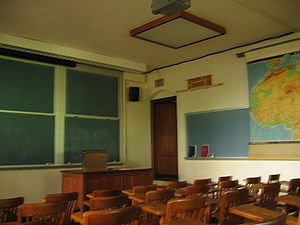 There are many different reasons for Americans moving to London.  Whether it is an unplanned corporate relocation or just a new start for a family the move is often anticipated and feared at the same time.  Most often children feel the most stress during an international relocation because they feel they are powerless.  They, also, are leaving their friends, homes, extended family and even schools.  Little things they have spent their entire lives learning about their American culture are suddenly dismissed and they are asked to learn an entirely new set of cultural norms.

After moving to London parents often worry about their children’s adjustment both socially and emotionally.  One option for easing the transition is to enroll them in an American school.  The American School, located in the St. John’s Wood neighborhood in London, is a school devoted to teaching Americans using American curriculum.

Unfortunately, there is no definitive answer as to whether American children should go to The American School.  Parents have to weigh several factors when making the decision, first of which is how long they plan on living in London.  Some corporate relocations are short, just a year or less, while others may be upwards of five years or more.  If the move is temporary and the child plans on returning to the states to finish their education attending The American School may be a good idea so that their educational path will not be disrupted.

Those Americans moving to London with no length of stay determined may opt to send their child to a local school instead so as to immerse them in the English culture.  The English school system is very good and a child’s education will not suffer for having attended an English grade school.  There are many benefits besides the quality of education at English schools.  Children will be introduced to local traditions and culture.  They will acclimate to their new environment quicker and they will get to experience England in its entirety.

There isn’t a right or wrong decision on where parents should send their students after moving to London.  Every parent has to weigh their child’s personality, educational needs, and life facts (like ability to pay tuition and home location within London) before deciding on the best educational placement.  Arming oneself with the most information possible is the best way to tackle the education dilemma after an international relocation.