Relocation to London – Homesick During the Holidays 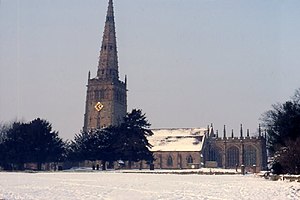 Anyone living in London for a short while may be experiencing bouts of homesickness and loneliness. Those Americans moving to London with a partner or spouse might find that the transition is easy, but those single in the city may find it a challenge to adjust to living in a new city.  The holidays can be especially hard when one finds themselves alone in a country thousands of miles from family and traditions.

Many people think they are homesick after an international relocation, but really they’re just adjusting to living in one of the most culturally diverse cities in the world. They should be prepared for the culture shock and use it as a gateway to a unique adventure. Many Americans moving to London think that living in London will be similar to living in the States, but it isn’t.

The first thing Americans have to get used to is the language barrier. Many believe that because England and America both use English as a common language communication will be a breeze.  Unfortunately, the differences between the two dialects might have newly settles American expats reeling for a few months. Because of this language barrier many Americans newly arrived stay locked away inside their new homes.

Meeting people and asking questions is the best way to get over the fact that one is alone in the big city, especially during the holidays. Sage advice is for new Londoners not spend time comparing how things were done back home.  By doing that, they’ll never integrate and make a real go of life in London.

For those who are a bit shy and find it hard to talk to strangers there are several good ways to meet people.  The best advice is to start chatting to colleagues at relocation jobs. Joining in is the most important aspect of fitting in.  If one is feeling homesick and lonely after a corporate relocation they should get out join a community activity. Sports teams, adult classes and community based groups are one of the best ways of meeting new people.

Moving can be scary. It’s bustling, big and very busy. By giving the international relocation some time to sink in Americans newly settled here will soon discover that moving is the best decision they’ve ever made.