Relocation to London – Extra! Extra! Read All About It! 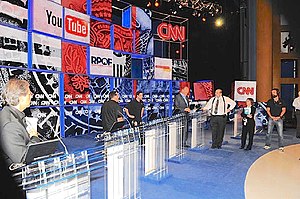 Your relocation to London is going to be one of the most exciting times in your life. You’ll have to get used to living in a foreign country and one of the largest cities in Europe. The cultural differences can seen quite daunting at first but with a little time, some good humor and a dash of curiosity, you’ll be able to absorb and discover the cultures that make up this historic and yet thoroughly modern city.

One of the biggest differences and certainly one that you’ll notice the moment you arrive is the difference in television programming between the UK and the USA. If you’re an American moving to London, you may find it quite a shock. Even the news is quite different and if you want to get a taste of the news from home, you’ll have to get hooked up to the satellite companies to get CNN.

The first difference that you’ll notice is that events happening in America are not considered to be headline news. Breaking news in the States falls under world news and even then it will probably fall somewhere behind what is happening in Europe and even Asia on the list of importance.

If you want to get clued up about living in London and what really interests people, you should consider a crash course in learning about the EU. It’ll help greatly when you’re chatting to your colleagues at your new job and even in your community if you have some idea of what is happening and what is considered news in London.

The biggest news in London at the moment is in fact the News! One of the oldest tabloid papers in the world, the News of the World, is closing down. The newspaper is 168 years old and has been at the dodgy end of tabloid news and paparazzi exposes for years. The reason for its closure is not a financial one, but an honest to goodness scandal, of Watergate proportions. The News of the World is reported to have hacked into the phones of politicians, celebs and victims of crime in the desperate race to be the rag that breaks the story first. While America has an active and scurrilous tabloid press problem, in England and Europe the paparazzi are relentless and even resort to underhand and criminal activities to get their stories.

Today will be the last edition of the newspaper that has been breaking news of celebrity sex scandals and political power plays for years and as such it is the end of an era. If you have recently completed your international relocation to London I’d grab a copy of the paper today, just for posterity. While it may not be serious news, it certainly is sensational news, and even Paris Hilton makes the headlines in London!