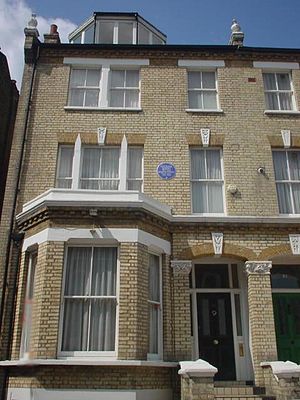 The first decision to make for those moving to London will be where to find the perfect rental. Choosing whether one will become a Northerner or from South London is the first step. There are many factors to consider when making the decision on which neighborhood to move to and while relocation agents can provide useful insight, the choice will ultimately be based upon families’ preferences.

Sarf London, as it is known to the locals, is a wonderful place to live. Not traditionally the haunt of Americans moving to London, the high prices of accommodations elsewhere have many expats looking further afield for a home. The biggest drawback to living in south London is the transport system. Despite massive improvements during the last year, there are still fewer tube stations available than in north London. Those choosing to move to South London will have to familiarize themselves with the bus routes and overground train system.

People often make the assumption that South London is somewhat shabbier and poorer that the North. This could not be further from the truth. Neighborhood’s like Wimbledon and Clapham have become premium addresses in South London. Families moving due to relocation jobs will still have to hunt around if on a budget, but South London has some real potential and opportunity.

South London has some of the biggest parks and open spaces, and while they are not as popular as the central London Royal Parks, areas like Clapham Common are huge and within walking distance of many suburbs in South London. South London is also the perfect launching point for travel into England. Families don’t have to battle the traffic to get out of town when they’re living south of the river. It’s refreshing to know after an international relocation that one is less than an hour away from the countryside and the seaside when living in South London.   Travel by car also becomes a realistic possibility when families choose South London as a home.

When moving the most important decision is where one will live.  There is no right or wrong location and relocation agents understand that every family has unique needs.  Rather than base one’s new address on popular opinions and trendy hotspots, families involved in international relocation should look for the neighborhood that best suits them.