Relocation to London – Be Prepared for the Bump in Sales Tax 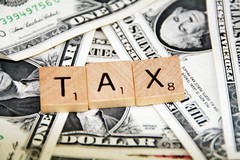 Americans complain all the time about sales tax and how it takes its toll on the family budget.  For Americans moving to London, however, will no longer complain of the 6% to 8% sales tax most US states use.  In London, the current sales tax rate is 20%! This extra cost must be taken into consideration when creating a new budget after international relocation.

Sales tax is applied in much the same way in the United Kingdom as it is in the United States.  Most goods purchased have a mandatory value added tax (VAT).  The biggest difference between the two countries is the amount of sales tax.  For most Americans moving to London the new sales tax they will pay will be three to four times more than they are used to.  It is easy to forget to budget for sales tax when creating the new family budget, but if careful thought is given up front, budgeting for the new sales tax amount will quickly become second nature.

Much like the US, most food items are not taxed.  Unlike the US, there are many other items not taxed (or zero-rated as they say) or taxed at 5% in an effort to help those individuals struggling financially.  Some of these items domestic gas, children’s clothing, prescription drugs, books, and magazines.  Very similar to US policy certain energy reducing building materials are taxed at a lower rate.  Also, children’s car seats are taxed at a lower rate.

After relocation to London many individuals may be confused by all the new taxes.  They can relax, though, because most are very similar to US tax policies, just with different language.  For example, an excise duty is applied to fuel, alcohol, and tobacco.  America has the same tax (often called sin tax).  Other types of taxation are property duties and a slew of duties charged to businesses.  London relocation agents can explain which duties and taxes will apply to one’s situation and even help with budgeting.

With the British economy struggling it was no surprise that the VAT was increased from 17.5% to 20.0% in early 2011.  How long it will stay at the current rate is anyone’s guess.  The United Kingdom is very much like the United States in that it is desperately trying to build revenue while not charging its people so much that inflation and unemployment runs rampant. Those moving to London due to corporate relocation must take into account the economical situation and play accordingly.