Relocation to London – A Sporting Life 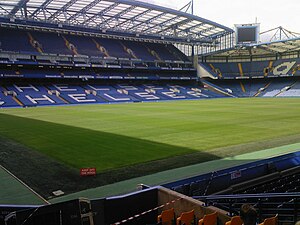 Moving to London just before 2012 means that you are moving to a sporty city. It’s Olympic year in the city and means that you will have the opportunity to attend some of the greatest sporting events in the world that are held at some of the most famous sporting venues. Relocation can be a sports lover’s dream and you will have the chance to learn about different sports as well as indulge in a bit of history and tradition while you are at it.

Football in the rest of the world is not football in the United States or Canada. Many Americans moving here find this the first example of the differences between English at home and English in the UK. You’ll have to get used to the fact that soccer is football across the world. England is ‘footy’ mad and nearly everyone has a local team that they support, even if they prefer another sport such as rugby or cricket. Supporting your local team is something of a tradition in England and there are a number of world class London teams that you should know about. Arsenal and Chelsea are two of the oldest football clubs in London.

Chelsea has been at Stamford Bridge since they were founded in 1905 while the other teams have moved home a number of times. Supporters move with the team! You could also have a look at the professional teams of Crystal Palace and Fulham if you are looking for a team to support. The best way to learn about football is to attend one of the weekly matches of the English Premier League and get a Londoner to explain the rules to you. The most important part of football fever is to find a team that you like and support them at your local pub. It is what the locals do and you will soon be wearing the right colour each Saturday afternoon and shouting yourself hoarse with the thousands of other fans across the country. Olympic fever is building in the UK and if you’re moving to London next year, then it might be wise to consult with a professional relocations services company now to avoid paying a higher rental charge, or not being able to find accommodation after your relocation to London.