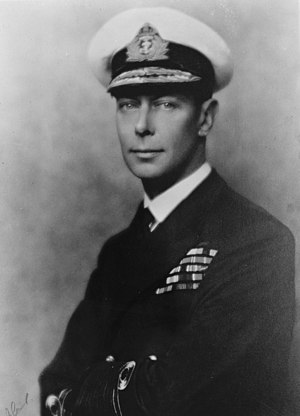 Planning a move to London should make anyone curious about the history of this city and its country, especially since it’s not something simply relegated to memory—when you visit or live in London, you literally see history before your eyes in the sites that have survived time. This being said, it’s time for another installment of the things that made me go hmm…upon recently viewing the Oscar-winning The King’s Speech. With all the acclaim surrounding this film, you’d be surprised how much it can inform you on your future place of residence. Last week, I discussed the King George VI’s name before/after coronation, King Edward VIII’s abdication of the throne, the Church of England’s stance on marriage and divorce, and Winston Churchill‘s political roles during this particular king’s reign. Let’s start today with that Wembley broadcast. My ears perked up on this one because, on first relocating to London, I substitute-taught near Wembley Stadium. A northwest suburb of London, Wembley isn’t much of a draw in itself (in my personal opinion), except for its modern-day stadium that does bring in the crowds. Recently, it hosted the Champions League final between Barcelona and Manchester United, and it is also holds annual NFL games to give England a dose of American football! It will likewise house some of the 2012 Olympic Games. From the London Eye, you can easily spot it in the distance—sorta looks like the St. Louis Arch keeling over a bit. This stadium has been open only since 2007, though, on the site where the original Empire Stadium stood since 1923. Featuring two distinctive twin towers, the Empire Stadium was where King George V was first ever broadcast in 1924 at the British Empire Exhibition.

His eldest son Edward, then Prince of Wales, had done a fine job speaking there as well. The film, however, starts us with the broadcast of 1925, when Prince Albert (“Bertie,” indeed named after Queen Victoria‘s husband Albert, his great-grandfather) had his publicly mortifying go at it. According to the BBC archives, a curator at the British Library claims “this speech almost certainly does not exist in recorded form.” I was likewise curious about where the King lived before and after his coronation. The first regal looking home in which he, the future Queen Mum, and their young daughters Elizabeth and Margaret reside in the film is supposed to be located at 145 Piccadilly. On coronation, as is tradition, King George VI and his family moved into Buckingham Palace, though spent some time outside of the city at Windsor Castle during the war. Two homes privately owned by the royal family are the Balmoral estate in Scotland (featured in the movie and where the current Queen continues to holiday in summer) and Sandringham House in Norfolk, England (where George VI was born and died). Balmoral was first purchased by Queen Victoria and her Prince Consort, Prince Albert, and Sandringham was purchased by their eldest son, who would become King Edward VII. King Edward VIII, Bertie’s brother, inherited both of these properties, but his abdication did not mean Bertie, the new King George VI, could automatically own and maintain them as royal residences of the reigning monarch; indeed, George VI was required to buy them from his brother. As for another notable London location referenced in the film, Westminster Abbey has been the site of coronations since 1066, when William the Conqueror was crowned. The coronation chair that Geoffrey Rush is seen to boldly sit on during the King’s ceremony practice was first used during coronations at the Abbey in 1308, for the coronation of King Edward II, and was the very same that Queen Elizabeth II sat in and likely Prince Charles one day. Interestingly enough, King George VI’s brother Edward never got to sit in the chair himself since he’d abdicated before he could officially be crowned. The actual chair is on display to the public in the Abbey. There’s still more I want to cover, so join me tomorrow as I continue with my King’s Speech-inspired research and give you some background history to precede your move.