Moving to London from the US – Halloween is a ‘Treat’! 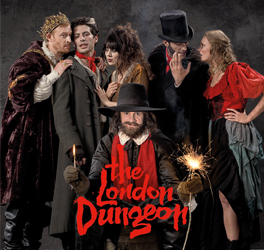 Your relocation to London is going to throw up some new adventures as well as that “We’re not in Kansas any more…” feeling from time to time. Especially because it is Halloween weekend and we are counting down to Thanksgiving. It’s not the same, but then again, you don’t get real ghosts, or the Tower of London back home, so with an adventurous ‘spirit’, and a great attitude after your transatlantic move, you could end up spending your Halloween weekend doing something a bit more interesting than knocking on doors for candy.

Ghostly Goings-On in London this Halloween

There are ghost tours all year round in the city, but if you have just arrived in London, and are looking for something great to do this weekend, you should you  join one of the Halloween tours or ghost walks that are taking place across the city.

Halloween at the London Dungeon is guaranteed to raise more than just the hairs on the back of your neck. There are a number of tours, shows, rides and exhibits – and it is scary… It’s a great show and can be enjoyed by the whole family. If you’ve  just arrived after your relocation to London, the Dungeon is one of the premier tourist attractions in the city (book early!).  It’s a fascinating and rather horrific look at the torture, beheadings and gruesome atrocities from the very depths of English history. That makes it doubly scary on Halloween when the ghosts of tortured victims are said to come out to play.

Tickets to the London Dungeon do not just include a guided tour, it’s a full immersion experience with rides and activities, including the new 5D laser ride called ‘Vengeance’ or if you’re feeling extra adventurous you could attempt ‘Drop Dead: Drop Ride to Doom’. The London Dungeon is a complete day out and if, like many Americans moving to London at this time of year, you are feeling a little homesick for some Halloween cheer, book for a tour at the London Dungeon.

Entry is not cheap: You will have to fork over £25.20 per adult if you pay at the door.

TIP: If you want to visit any of the premium tourist attraction in the city after your relocation to London you should book online, not only do you skip the long lines at the attraction, but also you will save quite a bit of cash. You can also book a combi-ticket, which will get you into FOUR of the top London attractions for a discount of 30%.

Holidays in November in London – NOT Thanksgiving!

While it is true that Halloween is traditionally not celebrated to the extent that it is in other parts of the world, there are still Halloween celebrations and parties to be found in the city. It’s trick or treating’ that is not a tradition. Americans moving to London who are missing out on Halloween and Thanksgiving will have a host of other holidays to celebrate during the next few weeks.

England celebrates Guy Fawkes Night more than any other holiday in the year. This day commemorates the defeat of an anti-government plot on November 5, 1605. English Catholics led by Guy Fawkes were caught before they could blow up the Houses of Parliament. Today, on November 5, children make stuffed figures of Guy Fawkes and ask their neighbours for “a penny for the guy.” The money is used to buy fireworks and the guy is tossed into a bonfire. 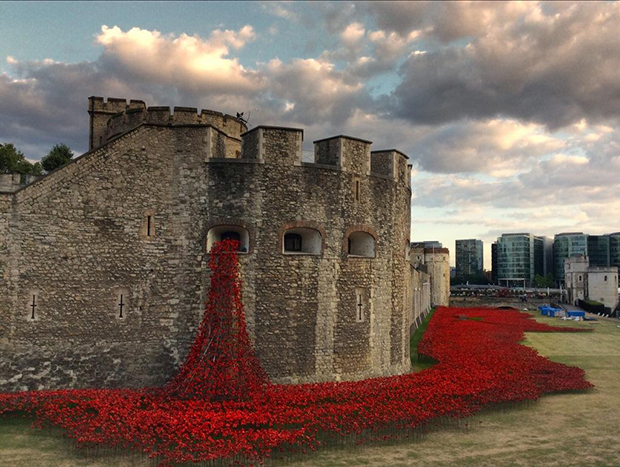 The nearest Sunday to November 11, Remembrance Day, honours the death of soldiers in war. People wear red paper poppies that symbolize the flowers in World War I burial grounds. They attend services at churches and war memorials and observe two minutes of silence.

This year the magnificent exhibition The Tower of London Poppies (‘Blood Swept Lands and Seas of Red’) is an installation to commemorate the centenary of WW1. The last poppy will be laid on November 11.

Christmas in the UK and Other Holidays After Moving to London

Christmas is coming very soon, and I’m sure you’ve seen the first Christmas decorations going up in the shops around London. Christmas is big in the UK, and you need to prepare yourself for a slew of Christmas parties and evening events after your relocation to London. The day itself is usually a family affair, and if you missed out on a plump turkey over Thanksgiving, you’ll be able to get a fine bird for your Christmas dinner. Many families attend morning church services and listen to the Queen’s Christmas message on radio or television. At midday or in the evening, families sit down to a hearty meal, with roast turkey, goose or beef, and a rich Christmas pudding made with dried fruit and nuts and crowned with flaming brandy.

You won’t be stuck for days off after moving to London from the US.

If you’d like help with any aspect of your move to the UK, our accredited Move Coaches are here to help you at any time.