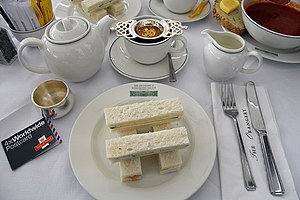 To put it quite frankly those moving to London are often shocked to realize how much more manners and etiquette matter to our British cousins.  Manners have all but disappeared in the States but that is not the case in London.  Those moving should brush up on their etiquette before the plane touches down and social faux-pas are made.

After moving one shouldn’t be offended to hear themselves being referred to as dearie, love, mate, or guv as these are considered normal affectionate names used by locals; sometimes as sign of being accepted into the community. Some of the names can be endearing or even reassuring especially if one is still finding their feet in the city after moving to London.

Hopefully very soon after moving families will begin entertaining in their homes.  Unlike the majority of guests in the US, guests will often bring a gift which should be followed up with a short thank you note. Newcomers should also not forget their own.