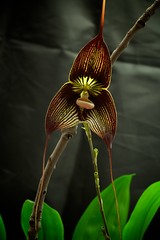 One of the many fun things about moving to London is the delight that comes of seeing the city you live in mentioned in a book. That applies to any city really, but even more so with London given how often it appears in literature. And so, here is another in a series of blogs about books with London as a backdrop (the first was about Neil Gaiman’s fantasy novel, ‘Neverwhere’). With this blog, we’ll take a look at Kim Newman’s horror novel, ‘Anno Dracula’.

Anno Dracula is probably unlike any novel you’ll have ever read. Set a few years after the ending of Bram Stoker’s Dracula, the novel assumes that instead of Van Helsing and his band of novice vampire hunters defeating the Prince of Darkness, they fail in their mission. Dracula escapes, manages to make his way into the Royal House, marries Queen Victoria and turns her as well. An interesting take on the history of this great Queen with a dark and sinister overtone. Victorian London was like that; full of darkness and foggy nights. A perfect setting for a vampire novel.

After turning Queen Victoria into a sovereign vampire, no longer feeling the need to hide with one of their own in Buckingham Palace, come out of the shadows and soon, the whole of London is dominated by them, in business, politics as well as high society. And then a serial killer, called Jack the Ripper, starts killing vampire prostitutes and a panic descends over the whole city.

It is, by turns, gothic horror, thriller, Victorian romance, and social commentary. It is also gloriously fun at times, being the kind of novel where Oscar Wilde and Sherlock Holmes are given equal mention, amongst other characters from Victorian history and Victorian fiction. It’s also talks about other vampires from around the world, like a bandit cowboy in America called Billy the Kid. Elsewhere, you’ll see Dr Hyde and Dr Moreau as two rival scientists working together.

It’s a fun way of looking at the London you live in, seeing as it is a very alternate history of the city. If you’re in the mood for something that can be both thought provoking and entertaining (as as well as pretty gory at times) give Anno Dracula a shot, as reading about the city you live in can be an especially enjoyable part of moving to London.

After you’ve read this novel, you’ll have to venture out of your new rental and explore some of the places that are mentioned in the book. Take a tour of Whitechapel and the world of Jack the Ripper, or walk the paths trodden by the famous Sherlock Holmes. One of the greatest things about living here is the way that history has been woven into the tapestry of modern London, and it’s all there for you to experience.