London Literacy: Moving to London and Beyond 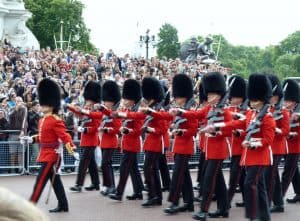 Those of you who are researching your London relocation or simply fancy the city and all-things-UK may have caught my previous posts on novels and films I’ve first stumbled upon or appreciated with new interest since moving to London myself. (If not, you can get caught up at our “London Literacy” category). Well, today will be no different as your hopelessly bookish blog author has done it again (please, do not start singing Britney Spears…I did not say “oops” once in that sentence, mind you…although I guess I just said it now, oops! My mistake).

To get on with the program here, I cannot help myself from gushing over a book I just read—loved it so much, I bought another novel by the same author on the same day I finished the first—as well as others I’ve picked up between Heathrow Airport and the Cotswolds that are standing by in the pile. So here it is, my latest reading list (beginning with the one I just finished) in case you want to have a read and immerse yourself in the aesthetic delights and Gothic fancies of London and the English countryside before or after your London move:

The Forgotten Garden – This novel by Australian author, Kate Morton, takes place in both Australia and England. Following a woman’s quest to discover the truth of her identity, the book skillfully weaves through generations and crosses oceans as its protagonist becomes a UK expat herself to ironically repatriate to her origin. UK locations include London and Cornwall, the latter the setting of an expansive estate with a hedge maze and, you guessed it, forgotten garden bearing as many secrets as fruits. It’s like a more accessible Possession (A.S. Byatt) meets The Secret Garden (Frances Hodgson Burnett) with the Gothic tones of Daphne Du Maurier’s Rebecca (also set in a Cornish estate—both the book and Hitchcock film starring Laurence Olivier are marvelous for atmosphere and mystery).

The House at Riverton – Kate Morton’s debut novel, this one likewise travels through time between the decadent pre-war Edwardian ’20s and end of the 20th century. Looks like another family mystery will be unearthed as a modern-day filmmaker seeks to document the events surrounding a poet’s suicide at Riverton Manor in 1924. Like the previous, the setting is a grand English stately home.

A Week in December – Set during modern-day London (2007, to be precise), Sebastian Faulks’s novel intersects seven Londoners’ lives, who represent a vast demographic spectrum, to explore urban themes such as “Greed, the dehumanising effects of the electronic age and the fragmentation of society” (book summary) and evidently with scathing wit.

Brideshead Revisited – This 1945 novel by Evelyn Waugh takes place in part at Oxford before whisking us away yet again to a mansion in the English countryside (no surprise that this is one of Kate Morton’s favorite books, one that I’d picked up as a first edition in a Cotswold bookshop last fall) to explore tensions of class, religion, and family.

The English Ghost – All right, this one should probably embarrass me to admit, but I couldn’t resist when I spotted it on a table at Notting Hill’s immortalized Travel Bookshop (the real one, not the space appearing in the film Notting Hill). England is a very haunted country, people, and Peter Ackroyd’s book is a handy compilation of some of the nation’s best-known, most interesting ghost tales of reported encounters through history. Explore how beliefs in the supernatural vary regionally and determine whether your new London apartment might have a resident spirit or two…wooOOOooooo…