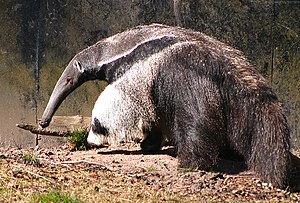 Moving to London, and having taken in all the stereotypes of the city that culture has to offer, it’s likely that one thing you won’t associate with the city is animals. Yes, it’s a big city and it’s to be expected that a big city will have a zoo, but the city is sadly the victim of a stereotype that says that the only things that it probably has to offer are buildings, restaurants, theatre, rain and the Queen. There are other attractions, finding them while you explore your new home town is going to be one of the most exciting aspects of moving here. Take this then as additional education in Life. This is especially important if you’re moving with kids as there are few easier ways to educate your kids while showing them a good time than by taking them to the zoo.

An obvious first stop would be the appropriately named London Zoo. Here you’ll find a wide variety of animals, including lions, tigers, giant anteaters, spider-monkeys, gorillas, penguins, vultures, cobras and very scary Komodo Dragons. There’s also the option of visiting the baby-shelter where you can see the newborns (even a baby rhino), especially fascinating if you’ve brought your own little ones along.

Swing on over to the Battersea Park Children’s Zoo if you’re up for more wildlife hijinks. Like the London Zoo, you’ll can also adopt an animal if it takes your fancy. It’s the kind of place that promises a more face-to-face encounter with its furry residents, which include monkeys, chipmunks and meerkats.

If you’d like to complete your wildlife education after going to the zoo, drop in at the London Sealife Aquarium. The aquarium has a fascinating variety of creatures on display, with over five hundred species from all over the world. Bright orange clownfish, octopus, penguins and forty different kinds of shark are but a few of the animals you’ll see. They even have crocodiles.

So if you’re moving here, you’ll soon discover that this city offers so much more than you expected.