Learn the Lingo for Your UK Relocation – PART TWO 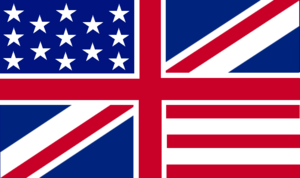 I hope everyone had a lovely weekend and is ready to get back to work studying British English for your UK relocation. Today, we continue with our BBC list of “Britishisms” that Americans have already picked up without even crossing the pond, so you can imagine it’s only a matter of time these and many other phrases infiltrate your vocabulary whether you like it or not!

MORE BRITISH ENGLISH TO KNOW FOR YOUR UK RELOCATION

Picking up where we left off last time…

16. loo – I don’t doubt you’ve heard this one before: toilet. When you’re in a public place in London after your UK relocation, you have the options of asking where the “loo,” “toilet,” or “water closet” (denoted by “WC”) is. “Restroom” isn’t common, and “bathroom” actually refers to a room with a bathtub in it. The estate agents here don’t even use the term “bathroom” for half-baths in private residences; if there’s literally no bath, they call them “toilets.”

17. mate – Another one that it doesn’t take a UK relocation to know; you’ve surely heard it a lot, and not in relation to breeding animals or significant others. A “mate,” quite simply, is a friend. Most often said by men in reference to their male friends and used in a way American guys would say, “dude.”

19. muppet – Now, it’s funny that this term’s usage should originate in Britain when the word itself is from the American characters, The Muppets. Intending no offense toward Jim Henson’s darling creations, “muppet” draws from the literal quality of a puppet having no brain of its own; therefore, it’s used to label someone you think is stupid.

20. numpty – This also refers to a stupid person, a nitwit.

21. pop over – Whether you’re telling someone to pop over or that you’ll be popping in, it means to “come over.”

22. proper –As you’d expect, “proper” regards something as appropriate, fitting to its purpose. So, for example, when you eat Byron instead of McDonalds, you’ll understand why they call their food a “proper burger.”

23. queue – As a noun, it’s either a line that you literally stand in or an order of being addressed that you must wait your turn for. As a verb, it’s the act of waiting in line/for your turn. Sorting the logistics of your UK relocation will require a lot of this. 🙂

24. roundabout – Perhaps otherwise called a “traffic circle” in some American states (I personally have always known them as roundabouts0, this is an intersection using a circular traffic stream with its own rules of right-of-way versus a stoplight.

26. shag – Anyone who’s heard of Austin Powers knows this one. It refers to intercourse, yes, but many Americans find it overly “cute” for what is really very crass to the British. It’s essentially the F word in this context. (An example of the complete reverse dynamic, though, goes for the word, uh, “See You Next Tuesday,” if you get my drift, which is highly offensive in America but thrown around loosely by the Brits as a softer swear like the B word.)

28. suss – to figure something out

29. twit – I’m concerned I’m sending you into your UK relocation with whole new ways to be mean to people…because this is another word for a stupid person, a fool. However, I have to say that this is one I’ve always heard in the States. What I’ve also heard back home but far, far less often than I do here in Britain is “twat” in this context. And that just makes me giggle.

30. wonky – I learned this one immediately after my UK relocation as it was used a lot to describe my London apartment, unfortunately… “Wonky” means “unsteady,” “crooked.”

…otherwise, they’re largely for posers. Few with no ongoing, direct connection to the UK would say them unless they were trying to, so that’s where we expats get off the hook a bit. Actually, even here in London I sometimes make the point not to. Unless using American phrasing will earnestly cause cultural misunderstanding, some terms just sound silly and pretentious in my Midwest accent—whereas others that are less accent-sensitive have slipped into my verbal repertoire seamlessly and really do help facilitate conversation without confusion.

It’s an ongoing education that you’ll negotiate for yourself and often depends a great deal on what demographics your UK relocation exposes you to most. You might move over here only to work with expats of your nationality and/or other non-British ones—as opposed to English villages, this city has a world culture; a huge proportion of people you work with or overhear on the streets won’t be British. The telly (see that? Britishism) is dominated by British accents and dialect, and yet there’s also a tremendous amount of American programming you could still end up watching (uh, guilty…). The shows you see, the books and magazines you read, what interactions you have outside the house, and how long you live here will all dictate how Brit-ified you become without even trying. It’s doubtful you’ll pick up an accent, but inflections and certain pronunciations might change, and an extra U could crop up (or Zs switch to Ss) in your spelling.

Your real learning will pick up once you make your UK relocation, but, in the meantime, see the original BBC article about the “Britishisation of American English” if interested in this growing phenomenon.