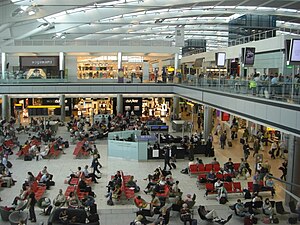 Even when first moving to London, my husband and I had several friends who already lived here. Miscellaneous folks from home that we knew through work, school, and friends of friends. It certainly was a comfort knowing there would be a degree of familiarity when an international relocation was otherwise bombarding us with so much of the unfamiliar. And then we proceeded to live here a while and make new friends who had made a relocation to London around the same time we had. So, hurrah for us expats, feeling more at home with a network of local friends! And then people started moving away. Repatriating, in fact. First to go was a couple who moved after they had their first child so they could be closer to family in the States. Then another couple who had relocated to London with twin babies and were moving back home with twin toddlers to likewise be closer to family and better able to afford a family home. Then a single friend whose temporary work assignment was finished. And then another couple moving home because of a pregnancy when living in London would otherwise be too costly for them to raise a family. And then another friend who didn’t necessarily repatriate but went on to become a citizen of the world for a year or two of travel with her partner. And as of the beginning of August, we’ll be losing another few friends. One is moving to the US west coast for graduate school with his girlfriend, also a good friend, eventually following him there. And another couple will be leaving London at the same time, but luckily only a two-hour train ride away to Manchester, where they can afford a larger home to start a family than they could in the city of London. Hopefully I’m not painting a bleak picture of raising a family in London if you’re moving to London with children or expecting to have them here! That’s not at all my intention—everyone’s situation is different, financially, emotionally, mentally, and spiritually.

It all figures in somehow to guide different people along their different life paths. And FYI, one of my close London expat friends has just given birth to a beautiful daughter in London—entirely through NHS at that—and two other friends are due in three months. Yes, one of them will be transferring back home in January, but the other two are here to stay indefinitely. Like I said, it’s different for everyone. But that wasn’t my point. My point is that what brings people to make an international relocation is also different for everyone. Some move to London for a job, some to study abroad, some for love, and others simply for adventure. The nature of expatriating is mobility, relocating from Point A to Point B to satisfy a certain want or need, and what draws people to a new city or country can be the same thing that pulls them away from it, or new reasons come up along the way. So it can be a lifestyle of transience in this way when you don’t know who will be coming or going. It’s saying hello and goodbye as expats turnover, but what does remain permanent is the bond you establish with one another. Just like you leave a bit of your heart at the home you leave behind for a relocation to London, you send off bits of it in your friend’s suitcases as they pack their bags and jet off, and they leave bits of theirs with you. And then the conveyor belt is set in motion again, and you meet more people to find common ground with. It’s the very impermanence of our situations that’s often the common factor uniting us to begin with, so it can be what keeps us together even in the face of change. And thus are the reflections of one American expat living in London. Take heart as you plan yourrelocation to the UK and remember it’s never having to say goodbye, just see ya later for now. 🙂