How to Not Make the Mistakes I Did Relocating – PART ONE 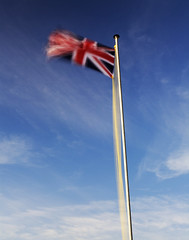 Well, if you’re reading this blog, you’re at least one step ahead of where I was when it came to researching (more like notresearching) a relocation to London. Enmeshing your mind in too much of the nitty-gritty might feel like you’re depleting the move of all its romance, right? It’s an adventure to move abroad, exploring perhaps uncharted territory. And whether you’re transferring with your existing work or have found a new job altogether, surely you can just leave that boring logistical stuff to HR to sort out, right? Right? WRONG! To be fair, the extent to which that assumption is wrong depends on a whole variety of factors. But in these next two posts, I’d like to discuss how in a case like mine, even two educated, successful people like my husband and myself were made to feel dumb as rocks by the time our relocation to London had actually been executed.

A RELOCATION TO LONDON IS NOT JUST MOVING HOUSE

By this point, you might have already had the experience of moving to a new town or state and figure a relocation to London couldn’t be any harder than that. Need I say it again? Fine. WRONG! The packing advice I gave in recent blog posts will apply to both domestic and international moves, but when it comes to moving to a new country, it’s a whole other ballpark indeed. Because it isn’t another “ballpark.” It’s a “cricket pitch.” And terminology and culture aren’t going to be the only things that vary—regulations and procedures do. No matter how similar the UK may seem to where you’re relocating from, never underestimate how different it will actually be when you’re living here on a daily basis. I often like to blog about the little differences that crop up, like language, groceries, electricity, and whatnot. But a week like the one I’ve had serves to continually remind me how professionally crippling a relocation to London can be if you don’t think ahead and plan accordingly.

MAKING A RELOCATION TO LONDON AS AN ACCOMPANYING SPOUSE OR PARTNER?

From one accompanying spouse/partner to another, I’m going to lay it down for you: are you going to work in the UK or aren’t you? Decide which it will be straight away and, if it’s the former, waste no time making it happen. If you’re making the relocation to London for your spouse/partner’s job, demand that their HR provide you recruiting, orientation, and networking resources, because left on your own, you could quickly become one of the masses no matter how qualified you are. And recruiters are about as effective and attentive as lettings agents; the second they find out you’re here on a dependent visa, an invisible screen (though you’ll be able to see it only too well) will lower between you and your prospects of UK employment. Expats are complicated for employers and recruiters alike, so they’d sooner turn their attention toward local applicants than bother with you and whatever hindrances your visa or transference of qualifications might pose. Also, most expats these days make a relocation to London on a Tier 2, corporate-sponsored visa, which these days is typically for a 3-year term. The spouse/partner whose job is providing this visa luckily also supplies you with a work permit by association. In my case, I wanted to have a few months to settle in and adjust to my new environment, especially since I’m the one who had to rather reluctantly give up a great job along with family and friends I’m ridiculously close with. I didn’t want moving here to mean settling for anything less than what I’d already had, considering I was already sacrificing so much for the sake of my husband’s aspirations. I did find work here soon enough, but I wasn’t satisfied with the conditions, so, in my pickiness, I left and bided more time until I could find something more satisfactory. Word to the wise, though, if you find yourself in this position: if your relocation to London is on the basis of a 3-year visa, if you want full-time work, you must find it within that first year. After that, UK employment law dictates that immigrants with less than 2 years left on their visas are no longer eligible for it. That’s fine if you’re open to temping or other part-time work, but crushing if you’d hoped to continue on in your career full force. There could be exceptions in certain fields, however. For example, I’m a teacher (or at least I was), and my 5-year visa being now 1 year from expiry makes no difference toward my ability to teach here full-time. What does is my qualification to teach in the UK. Overseas teachers are granted 4 years without UK qualified teacher status (QTS), starting from the day they first teach in the UK. Well, I started in 2009, hated the experience, found worthwhile freelance work in the meantime that I’d figured would tide me over for the next year or two that I was living here, assuming we wouldn’t even be in the UK 4 years for that QTS deadline to affect me. Well folks, 4 years later, here I am, scrambling to get QTS only to find out this very week that I can’t on my initial (vs. standard) teacher certification from the state of Illinois, and with no time left to work towards earning it the hard way. Fantastic. Add that to my visa being under 2 years from expiration and therefore prohibiting my ability to get full-time work in other fields in which I’m qualified. Those doors have hit me on my way out (see the mark?), and now I understand why once in the States I had a pedicure given to me by a former chemical engineer from Poland. Needless to say, if you work in a field requiring special endorsement/certification, find out what you need to do to transfer that qualification to the UK and get that process rolling now if you knowyou want to work here, no matter how long or short-term you think your relocation to London will be.

IN SPITE OF THIS, DON’T BE DEBBIE DOWNER

So much more to say, but I’ll save that for next week. In the meantime, am I trying to make you question your relocation to London? WRONG! I’ll expound on its virtues next time, but listen to me now and believe me later: contrary to my tone, I do notsay all this to discourage your relocation to London; it’s to ensure that you optimize it with extra foresight and planning!