Finding a Temple After Moving to London from New York 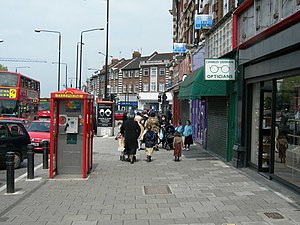 With over two hundred synagogues, families moving from New York will surely find one that fits their style of worship.  Of the two hundred or so synagogues there are Federation, Liberal, Masorti, Reform, Sephardi, United, and a few others. Although mainstream Judaism appears to be slowly declining in the United Kingdom Orthodox Judaism is increasing.

The various Orthodox communities are approximated at having around thirty thousand members in total, one tenth of the total Jewish population.  Jewish neighborhoods used to be predominantly in the East End, but are now expanding North.  Stamford Hill, in Northeast London is the largest Orthodox community.  Orthodox Jews moving from New York will find many opportunities for family and worship in their new town.

With over sixty percent of British Jewish children attending private day schools, or yeshivas, there are plenty to choose from when moving from New York. This is a thriving city for Jewish families with many kosher groceries and restaurants, education at all levels and synagogues  to meet any families’ faith and values.

Being offered the chance to move to a new city, especially one as exciting as this city, can be a wonderful opportunity for Americans.  Many times, though, they hesitate leaving their homes, family, friends and traditions.  While not everything can be replaced, Jewish families moving from New York need not worry about continuing their spiritual practices and traditions for there are many wonderful Jewish communities just waiting for new families.