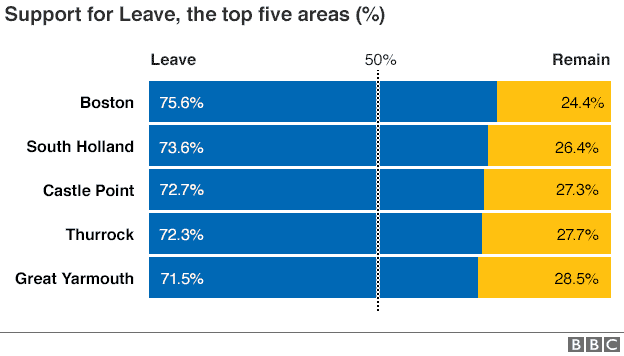 Prime Minister David Cameron appeared in front of 10 Downing Street to announce that he will step down from his office by October of this year.  Though the Brexit referendum vote was close at a 52% to 48% vote to leave Cameron still feels that his stepping down to allow for “fresh leadership” is what is called for.  The largest proponents of the Remain campaign were in Scotland, Northern Ireland, and London.

Long time Leave campaign spearhead, Boris Johnson has made multiple comments that just because the vote has gone through it doesn’t mean that the UK is “pulling up the drawbridge”.  He has directly addressed both the younger voters as well as the Remain voters that the UK will remain as much a part of the European Community as before.  That through the shared history and location most of today’s youth will see little change in the years to come.

The previous Mayor of London, Johnson is doing his best to sooth tensions by stating “no need for haste” in negotiating the severing ties with the EU.  It’s Johnson’s opinion that the UK voters are ready to embrace an opportunity to pass its own private laws, control its own borders, and decide upon passing its own taxes.

Currently being speculated is that the Scottish contingent that was so highly dedicated to remaining part of the union will now have significant grounds for yet another independence referendum. Immediately First Minister Nicola Sturgeon of Scotland stated that not only must a new referendum for independence be on the table, it already is, now on the table.  She called the result “democratically unacceptable” that Scotland be taken out of the European Union against its will.  The referendum vote in Scotland was 62% for Remain, 38% for Leave.  London’s Mayor Khan and Sturgeon shared a conciliatory call stating that both were proud of the inclusive votes their contingencies displayed with the Remain vote dominance.

Certainly suffering most of all is the British Sterling Pound.  Exchange rates fell as the BSP saw its largest decline since 1985 coming in at 8% loss against the dollar and 6% behind the euro.  The steady decline seemed to be halted by the Bank of Englands preparedness to pledge £250 billion of additional funding to further solidify the financial market.  Still, financial markets across the world in Hong Kong, New York, and elsewhere opened with plummeting numbers.

There are conflicting reports as to whether or not the UK will invoke the Lisbon Treaty’s Article 50 or not.  According to a statement made by Boris Johnson, the UK will have no reason to invoke Article 50.  However, in direct conflict in Prime Minister Cameron’s address he stated that he would attempt to “steady the ship” in the coming weeks and that it would be up to the new Prime Minister to exercise the option of Article 50 to negotiate the UK’s withdrawal over the following two years from the EU.