Orange you glad I’m not going to write about UK taxes this week?

Sorry about that.  My brain is trying to get out of weekend-mode and not having a little difficulty doing so…not that telling bad jokes is how I spend my weekends….In truth, though, my weekends might not shape up to anything much cooler than curling up with a book on the sofa.  I know there’s a marvelous city out there with limitless options of things to do, but sometimes a gal needs a weekend.  Yesterday in particular, however, for having not emerged from my cozy flat all day, I sure felt like I had traversed the entire city, from the touristed parts to the off-the-beaten path.  It was an adventure of the mind and a very fun way of revisiting many places I’ve been. 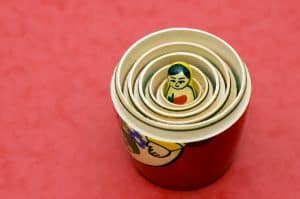 Actually, for as fantastical as it is, parts of this novel almost read like a tutorial in relocating.  The book is Her Fearful Symmetry, written by Audrey Niffenegger and set in Highgate Cemetery.  Not many average tourists are keen to make that trek up the Northern Line to the North London Highgate/Hampstead area, but I encourage you to do so, especially if you’re moving here and will have the time.  It is so lovely up there, green and residential with a village feeling, yet with convenient access.

In any case, Niffenegger herself (author of Time Traveler’s Wife, if the name isn’t ringing a bell) is an American expat.  When she began this second novel, she at first intended to set it in one of Chicago’s most historic cemeteries, but the the cemetery became such a dominant aspect of the plot that she realized it needed to be the end-all-be-all of cemeteries in the world.  So she came here and, more specifically, Highgate!  As part of her research, she became a volunteer for the Friends of Highgate Cemetery, and to this day if you take the tour of the West Cemetery, you may get a tour guide named Audrey ;).  Throughout the novel, she lends her American perspective to her two female protagonists, naive twins originating from Chicago, Illinois’s Lake Forest suburb.  It is comical to read how they acquaint themselves with the flat they’ve inherited (demonstrating their surprise to find a washing machine behind a cabinet door in the kitchen, just as I’ve written about before in my “Crouching Tenant, Hidden Dishwasher” post) as well as try to learn the local lingo.  They familiarize themselves with London public transportation, suffering the crowds of the Tube at rush hour and learning what an *ouch* black taxi fare is from Heathrow to North London.  They find the great neighborhoods for shopping like Sloane Square and Knightsbridge, which stores to shop at for practical needs like groceries and toiletries, and how to register with NHS.  They also learn the histories of London’s Magnficent Seven cemeteries that were established in the mid-eighteenth century to accommodate the overcrowding of the dead in the city’s churchyards.

Oh, and did I mention their flat is haunted?  Ah yes, ’tis a bit of a ghoulish read that is perfect for this time of year as we approach Halloween.  Another modern-day book I’ve read that comes to mind about an American staying in a haunted flat is Gregory Maguire’s Lost (again, if the name isn’t familiar, he’s the author of Wicked).  Now that I think of it, perhaps I should compile a haunted literature list for you at some point this month to get you in the mood for the season and your new, utterly atmospheric city if you’re moving to London soon.  I’ll keep you posted!