After moving to London…Throw a Party! 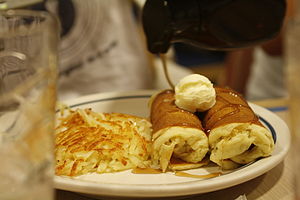 Moving to London from America can be a difficult task.  Leaving behind one’s family and friends, not to mention entire culture, can take its toll.  After the international relocation is complete, the boxes unpacked and day to day monotony of life has begun many moving to London from America find homesickness has settled deep within their souls.  To alleviate these pains there are several remedies.  One remedy that seems to help in more ways than one is to host an American party.

First, the British are just as taken with American culture as Americans are with the Brits.  After moving to London with America one will be asked all kinds of silly questions regarding riots in the streets, eating fast food every day and running around pregnant and barefoot if one comes from the South.  After answering the silly questions one should seize the opportunity to make some new friends and invite the curious over to their new flat for a Superbowl party, 4th of July cook-out or Labor Day grill-out depending on the season.  Although grilling is not nearly as popular in London as it is in America the old charcoal grills can be found.

Most Londoners would be delighted to experience an authentic American party.  If one wants to go all out after moving they can prepare traditional American party foods like pizza, hot wings, pigs-in-a-blanket, nacho dip and brownies.  Match that with some American beer and who wouldn’t enjoy?  Thanks to technology music and television shows can be downloaded from anywhere in the world providing the perfect entertainment for an American party.

While throwing a party might seem like the last thing one wants to do after moving and settling into a homesickness funk it may be just what the doctor ordered.  By sharing one’s favorite cultural traditional from back home one is sure to feel better.  Friends will be made, good times had and memories made.  Relocation agents everywhere recommend to all moving here to get out as soon as possible and meet the people and places of London.  Throwing a party is just one great way to do that after moving.