A Night at the Theatre after Moving to London 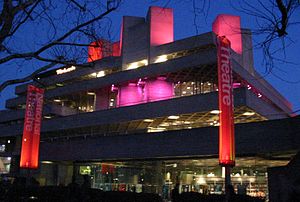 This Valentine’s Day couples should take advantage of all their new city has to offer after moving.  One of the most popular date activities for locals and tourists alike is a night at the theatre.  With a theatre district comparable to New York City’s any couple will be delighted and impressed with the offerings.  London’s theatre history dates back five hundred years and many of the physical buildings housing long-running plays are architectural marvels in and of themselves and a real treat for couples after moving here.

London’s theatre district is located in West London and is sometimes called Theatreland as there are over forty venues for patrons to visit.  Although West London is home to the vast majority of theatres there are many smaller privately owned theatres within and around the area.  Outside of West London theatre goers moving to London can visit the Royal National Theatre and Old Vic, two classics of London culture.

Much like on Broadway, in New York City, London shows run as long as patrons buy tickets.  The longest running show in the world is still playing.  The Mousetrap, by Agatha Cristie, is a drama which first opened in 1952.  Usually, dramas do not run as long as musicals but Cristie’s classic is an impressive exception and a favorite among those moving here.

After The Mousetrap the longest running show in London is Les Miserables by Andrew Lloyd Webber.  It is currently in its twenty-seventh year and is as popular as ever.  Americans love Weber and his shows are some of the most visited by fans.  Cats used to hold the record for longest show at twenty-one years but closed in 2006.  Other popular shows are The Phantom of the Opera, Blood Brothers and The Woman in Black.

With so many amazing and world renowned comedies, dramas and musicals playing in London’s theatre district it is no surprise that so many couples choose to spend Valentine’s Day at the theatre after moving to London.  This Valentine’s Day we recommend couples take a break from the stress of an international relocation to enjoy each other’s company and take in a show – a definite ‘to do’ after moving to London!