What Teachers and Families Relocating to London Should Know 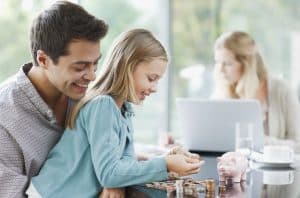 Relocating to London involves several factors, and gathering information about London schools is certainly not least of them if you’re a teacher or parent (or both). It’s a complex topic that I aim to simplify for you somewhat in today’s post and next.

Unless you enlist the help of a super relocation agency I know (*wink-wink*), you’ve got your work cut out for you finding the right schools for your children. In fact, where you live on first relocating to London could hinge on it.

And if you’re an educator, you’ll also need a primer on UK schools—I know, because I taught high school before relocating to London myself, and though I taught here briefly, the system still baffles me!

These terms continually confuse Americans relocating to London and expecting “public” and “private” to mean what it does at home. In the States, public schools are government-run and tax-funded so do not require that their students pay tuition. Private schools, then, are those funded and operated independent of the government, and their students pay to attend there.

In the UK, however, “public schools” are actually a type of private school. Independent secondary schools that are fed into by prep schools, they’re “public” in the sense that they’re open to all the paying public—at least the paying public that can afford them…they can be rather elite and expensive, and admission requires passing an entrance exam.

Public schools and private schools (as they’re known in England) are arguably the same thing with the primary differentiation being history and dare I say a bit of snobbery? Public schools were established as charitable institutions centuries ago and, though they’ve evolved to charge tuition, still enjoy charitable status via scholarships and grants. Some private schools likewise have charitable status and see great academic achievement but are not considered “public” merely because they don’t have the same history of excellence as a select number of traditional, elite public schools such as Eton. Either way, both are independent schools that are not funded by the government, select pupils based on achievement, and charge fees for admission. They can be boarding or day schools and either coed or boys/girls-only.

Right. Now that we’ve got that sorted (I think), let’s take a look at these private “independent” schools and public “state” schools.

The UK has about two-and-a-half thousand independent schools that are essentially free from government regulation yet are still registered with the Department for Education (DfE) and subject to evaluation by Ofsted or another inspecting organization. They’re funded by assorted investments as well as tuition paid by parents and guardians and tend to be the education of choice for families relocating to London from outside the UK (the particular types of which I’ll explain further in my next post).

State schools, in contrast, are government-funded and come in a variety of forms. For instance:

Some of the above are actually classified as “semi-independent” given the hybrid public/private-sector nature of their funding and operations.

Some families internationally relocating to London want their children to attend state schools for the experience of fully integrating into UK culture. Many expats, however—teachers and students alike—want to maintain continuity in the curriculum with that in their home countries; in that case, international or American schools are desirable options.

But as I think I’ve given you enough to digest for one day, I’ll follow up on those in my next post—along with some recent developments in UK education that could impact those of you relocating to London with school-age children and/or to teach here.