Relocation to London – Schools for Kings 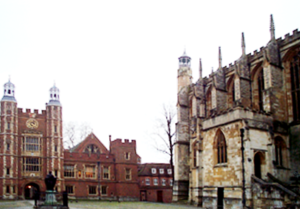 People who are planning their relocation to London are often fascinated by the private school system in the UK. Certainly, it has been shown in films and television as being a world apart. Americans moving to London with their children often wonder if they can get their children into Eton or Winchester for boys and Cheltenham Ladies College for the female members of your family.

Not to sound too elitist here, but there is something incredibly special about these schools, and they have created a legend around the institution of public schools in the eyes of the world. These schools have educated the nobility for hundreds of years, and continue to do so today; the future King of England, Prince William was educated at Eton College. Today though, the biggest entry requirement is that you have the finances to fund the school fees.

If you’re moving to London, with pots of cash and a healthy attitude towards sending your children boarding schools, then you may want to take a peek at some of the most famous and best known schools in the world.

Eton College has been in existence for over 600 years, but is fully in tune with the modern world. The system whereby students were registered for a place at the school has long since been abolished. All students will have to sit an assessment exam before being placed in the school at the age of 13. Tuition fees start from about £35,000 per annum. Traditional values, modern education and a dollop of quintessential Britishness are provided by Eton College. The house system is still the focal point of each boy’s life setting up friendships and networks for life. Plus it’s a chance to live and study in the same school that produced Ian Flemming, Sir Randulph Fiennes, Bear Grylls,  a dozen or so Prime Ministers and several Kings, princes, Dukes and Lords. It’s a fine, fine life.

There are not many people planning their relocation who will choose the traditional independent schools for their children. It is however an interesting option and the cost of tuition is not that much higher than international or American school.