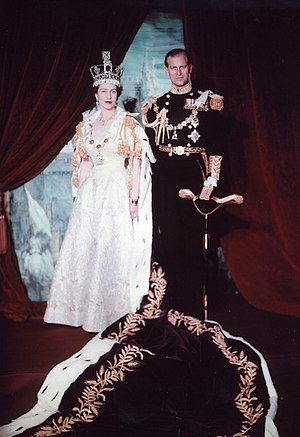 Americans moving to London this summer, you won’t be double-checking to make sure you’ve arrived in the right place. With every street strung up with Union Jack and Queen Elizabeth II flags, Britain is officially in bloom. There’s no question that the Diamond Jubilee and 2012 Olympics combo this summer has officially stirred up the national pride and brought on an onslaught of tourists. And admit it—we Americans are salivating over every bit of it. Many Yankees are visiting the UK for the festivities, but Americans are entreching themselves directly in the cultural traditions of England. After a while, it becomes a part your life, too, a part of your pride.

But even beyond Americans moving to London, those in the States have displayed an absolute fascination with the Brits spurred on greatly by last year’s royal wedding. What a bunch of Anglophiles we’ve become in 236 years, haven’t we? 😉 Am I the only one that finds that ironic??

We fought for independence, kicked and screamed against a monarchy to establish democracy. Yet we’ve tried so desperately to create royalty of our own out of politicians and celebrities. Um, yeah, they’re not quite the same. So we’ve turned our heads away from that tatty, tacky bunch back to Mother England. If there’s anyone that can do royalty right, it’s the British.

British royalty is really just symbolic these days. England has long since embraced democracy, too, yet a millenium of monarchy is a tough current to swim against. Americans moving to London like I did a few years ago will readily recognize how steadfast in tradition the British are, and why not? Their tradition is cool!! The palaces, the pageantry. The inspiration, the imperialism. The regal architecture and costume and fanfare that accompanies royal celebrations is a feast for the eyes that can’t help but dazzle Americans moving to London, just visiting, or even watching it on TV. Mind you, I don’t dream of undermining America’s own rich history and beauty here—I may live in the UK, but my heart is in the States. I’m a patriot through and through, but even I can’t help but embrace the je ne sais quoi of Britain’s charisma. It’s not that we want them to rule us again. We just think that they rule.

Speaking of all this monarchy mania, the Queen’s Diamond Jubilee officially kicks off Saturday and lasts through Tuesday, 5 June. The locals seem very excited—loving any event that gives reason to celebrate Britain since they don’t really do holidays like Americans do, but also the fact that the Jubilee grants us all an extra bank holiday. I don’t know whether to dread or delight in the prospect of what folks will do with four days off in a row…sure, a lot will skip away on vacation, but those of us stickin’ around are in for festivities galore. I myself am terribly curious about the thousand ships set to sail down the Thames on Sunday! A thousand! This is what I’m talkin’ about, people—the Brits know how to celebrate in ultra style! So, in time for this, take a break from unpacking and get yourself out of that new apartment (compliments of your dear London Relocation agent!) and dive right in the middle of Britain’s brand of red, white, and blue.