Moving to London – The Jubilee

By London Relocation | 23 May 2012 | Tips for First-Time Relocatees 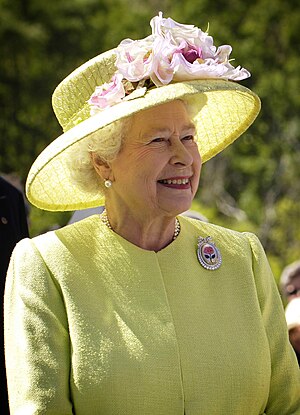 If you’re moving to London soon, the buzz is officially in the air. Walking along Regent Street yesterday between Piccadilly and Oxford Circus, it was a delight to see the Union Jack banners strung overhead like they were for last year’s Royal Wedding. One can only presume they’re up for the Queen’s Diamond Jubilee coming up on June 2nd-5th and will stay up for this summer’s 2012 Olympic Games! If you are, in fact, you’re in for both an exciting and nutty time. I’ll do my best to prepare you.

First things first: what is the jubilation for the Jubilee about?

Moving to London – The Diamond Jubilee

In a nutshell: the Queen is celebrating the 60th year of her reign as England’s monarch. 60 years. That is quite the accomplishment…contrary to what many visiting or moving to London think, it takes more than just, well, staying alive to reach this milestone.

This little woman may not be at the crux of the nation’s politics, which is the Prime Minister and Parliament’s job, but she sure has had a busy schedule to tend to her entire royal life. She’s given Royal Assent to thousands of Acts of Parliament and has attended every opening of Parliament (with the exception of two years when she was preggo). She’s the patron of over 600 charities and has conferred over 400,000 honors and awards. She’s made nearly 300 official overseas visits to over 100 countries, not to mention hosts tens of thousands of people here in Britain every year for banquets, luncheons, receptions, etc.; royal garden parties alone have accommodated nearly 1.5 million guests! Among her countless other accomplishments, Queen Elizabeth II has held the second-longest reign in England—the longest was Queen Victoria at 63 years, so hang in there, Liz! You rule! (literally)

Moving to London – The Implications for Your UK Relocation

In all honesty, if you’re moving to London in time for all the major summer events, you’ll be in the company of a lot of tourists as the locals high-tail it for holidays abroad. The Jubilee is giving us a special bank holiday weekend this year, and a long weekend is just too tempting to stay put. The prospect of a large number of tourists flooding the sidewalks and public transport is also less than appealing and drives many locals away. Be mindful that the hubbub—and summer season itself when all the kiddies are out of school—tends to make things more expensive, particularly airfare and London accommodation. If you’re finding your London flat through the London Relocation agency, you’re lucky that the process will be quick-n-easy; otherwise, you can bet prices for short-term accommodation will be jacked up, so you don’t want to be reserving a hotel or serviced apartment for too long.

Moving to London – The Bright Side

On the other hand, could this time of year possibly be more awesome??! What a way to usher in your new life with the Jubilee and Olympics centering the world’s attention on this city? It’s as if all those flags along Regent Street are welcome banners for your arrival! London could not possibly be more polished or prettier than right now—everyone has been working to re-paint, refurbish, and re-everything imaginable to have the city as sparkling as the Crown Jewels. Walking makes me giddy these days, as I’ve always loved it but have never seen it looking better. And if the vibe among the masses at last year’s Royal Wedding is anything to go by, consider me psyched for the energy the Jubilee and Olympics will bring. Britain couldn’t be feeling more pride right now, and even as an American expat, I feel it, too. I’m proud to live here and experience its major moments in history right now, and I hope you will be, too, if you’re moving to London this year!